On March 27, the United Nations Verification Mission inaugurated a new regional office in Colombia. The Cali Regional Office will concentrate the Mission's Verification work in the departments of Valle del Cauca, Caldas, Quindío, and Risaralda.

The new regional office has a mobile team covering the Eje Cafetero and another team for the capital and the municipalities of Valle del Cauca, focusing on those with the largest population in the process of reincorporation and security challenges, such as Cali, Buenaventura, Sevilla, Tuluá, Dagua, Jamundí, and Buga.

Carlos Ruiz Massieu, Special Representative of the Secretary-General and Head of the UN Verification Mission in Colombia, recalled, during the opening ceremony, the importance of accompanying, from the social, economic, and political sectors, the reintegration process carried out by men and women in the region and throughout the national territory. Ruiz Massieu reiterated the office's strategic importance and the commitment that accompanies its installation "Cali is going to set the tone for the urban reintegration process, a reality that is gaining strength, and that will be accompanied by the Mission and the institutions that join forces for Peace." 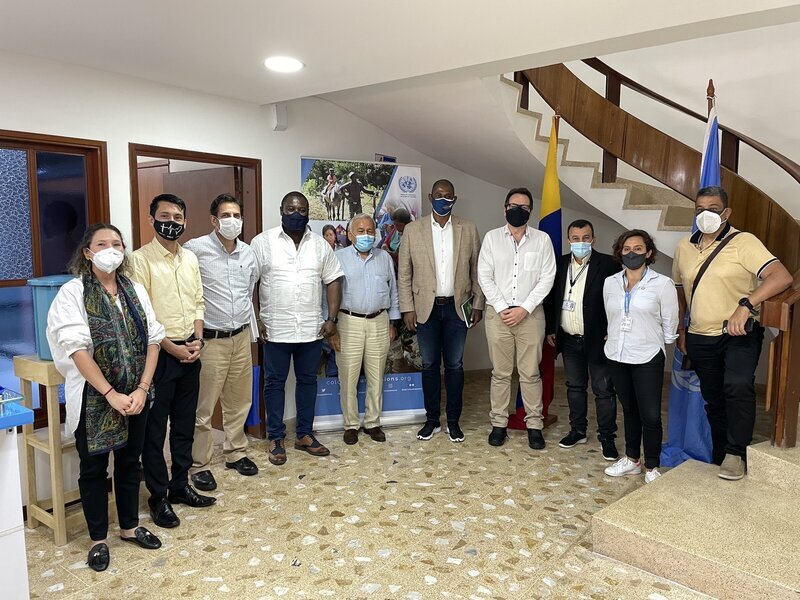 First official photo in the Regional Office of Cali. The Special Representative of the Secretary-General, Carlos Ruiz Massieu, together with the Verification Director, Raul Rosende, members of the Cali Regional Team, delegates from the Peace Secretariat of the Cali Mayor's Office, the Archdiocese, and the Private Sector. Photo: Daniel Sandoval / UNVMC

“Cali is going to set the tone for the urban reintegration process, a reality that is gaining strength, and that will be accompanied by the Mission and the institutions that join forces for Peace".

Daniel Luz, head of this regional office, emphasized the willingness to work with all sectors in favour of the Agreement implementation. "Here, we have vital allies to consolidate peace and reconciliation initiatives. With them, we will work closely to support the population that is committed to reincorporation."

During the event, it was recalled that the United Nations Mission in Colombia is a political Mission established by the United Nations Security Council, following a request of the Colombian Government, to end more than 50 years of armed confrontation with the former Farc-EP. This process involved two fundamental stages: a first mission whose mandate was to verify the bilateral and definitive ceasefire and cessation of hostilities between the parties, and the laying down of weapons by the FARC-EP. The second, currently underway, is responsible for verifying the economic, social, and political reincorporation process and the security guarantees for former combatants and the communities in conflict zones.

The Cali regional office is the Mission's eleventh in the country. Its inauguration was accompanied by representatives of the Governor's Office of Valle del Cauca, the Mayor's Office of Cali, the Agency for Reintegration and Reincorporation (ARN), the Common Party, the National Police, the National Army, Paso Colombia, United Nations agencies and representatives of social sectors in the region.

The situation of the Colombian Pacific

During his visit to Valle del Cauca, Carlos Ruiz Massieu met with different strategic actors in the region, visited Buenaventura, and a productive project for former combatants located in southern Cali. 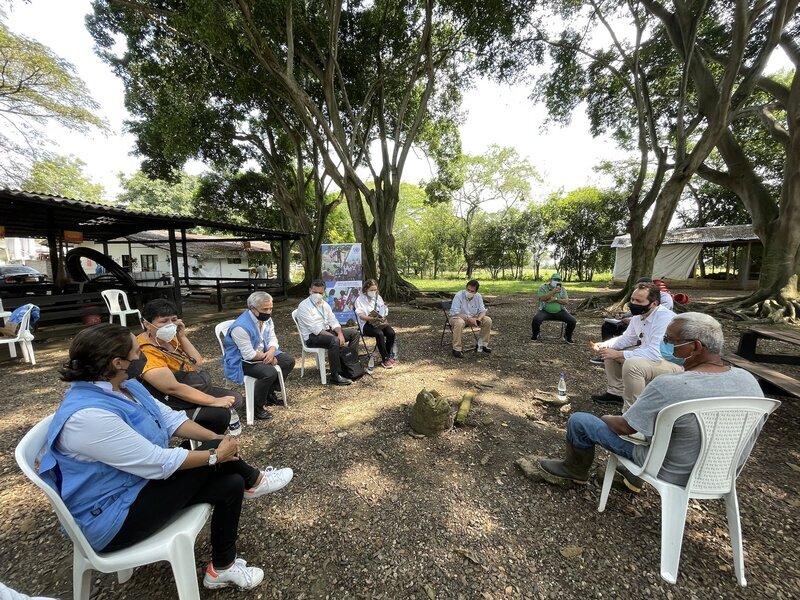 Visit of the Head of the United Nations Verification Mission in Colombia, Carlos Ruiz Massieu, and a local team led by Daniel Luz to the former combatants' productive project in southern Cali. In this place, agricultural and ecotourism products are promoted. Photo: Daniel Sandoval / UNVMC.

In Buenaventura, Ruiz Masiseu held a meeting with the Bishop of the municipality, Monsignor Rubén Darío Jaramillo, about the current situation in the Colombian Pacific, the security guarantees for communities, and people in the process of reintegration, and the reconciliation efforts in the territory. 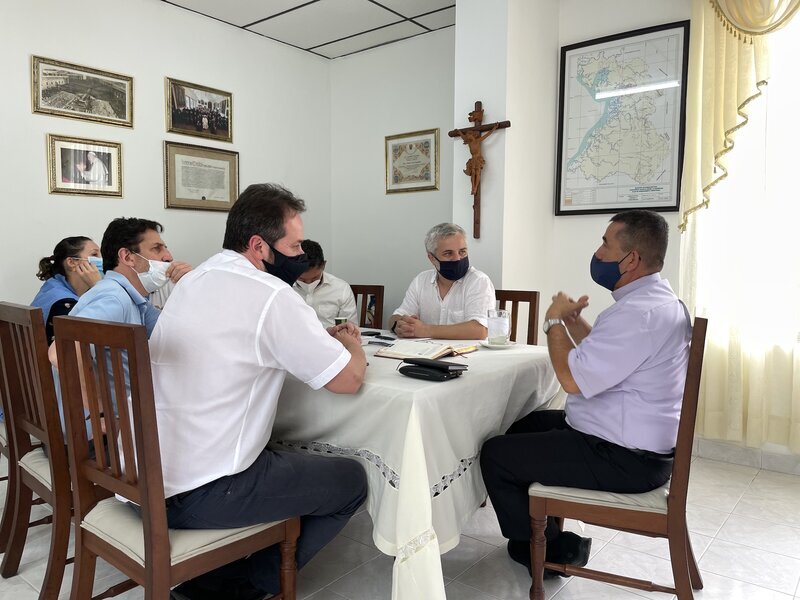 In Buenaventura, the Special Representative of the Secretary-General, Carlos Ruiz Massieu, spoke with Monsignor Rubén Darío Jaramillo about reconciliation, security guarantees for communities and people in the process of reintegration. Photo: Daniel Sandoval / UNVMC.

Subsequently, he held a dialogue with representatives of the National Navy regarding the public order situation on the Pacific coast and security guarantees for ex-combatants, social leaders, and communities. These meetings strengthen the Verification work carried out by the Mission in Colombia.

Finally, the Special Representative of the Secretary-General and Head of the Mission met with the leader, Francia Márquez, to address the social problems of Northern Cauca, the situation faced by the communities in their ancestral territories, and the promotion of measures to promote peace and reconciliation in the department. 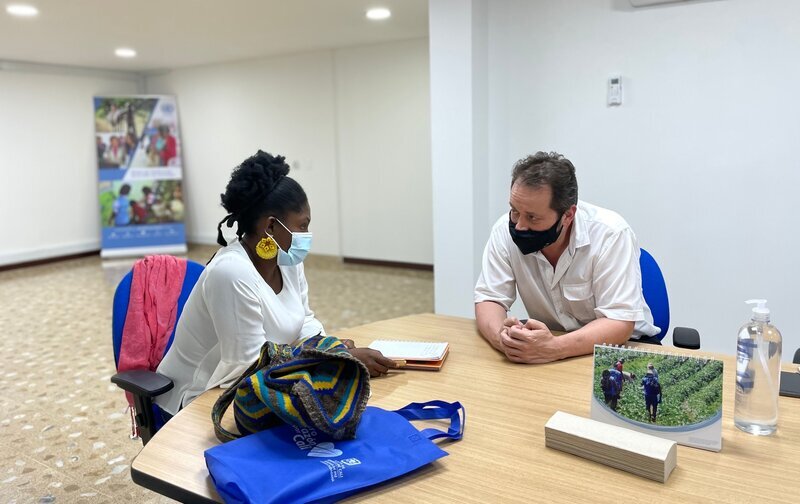 In the regional office in Cali, a dialogue was held between the Special Representative of the Secretary-General, Carlos Ruiz Massieu, with the renowned leader Francia Márquez to discuss the public policy of reconciliation, coexistence, and non-stigmatization. Photo: Daniel Sandoval / UNVMC.

In southern Cali, he visited a productive project promoted by the Cooperativa Comunvalle, in which 15 families of former combatants participate. The project focuses on pig farming, a bio-fertilizer factory, as well as fish farming. 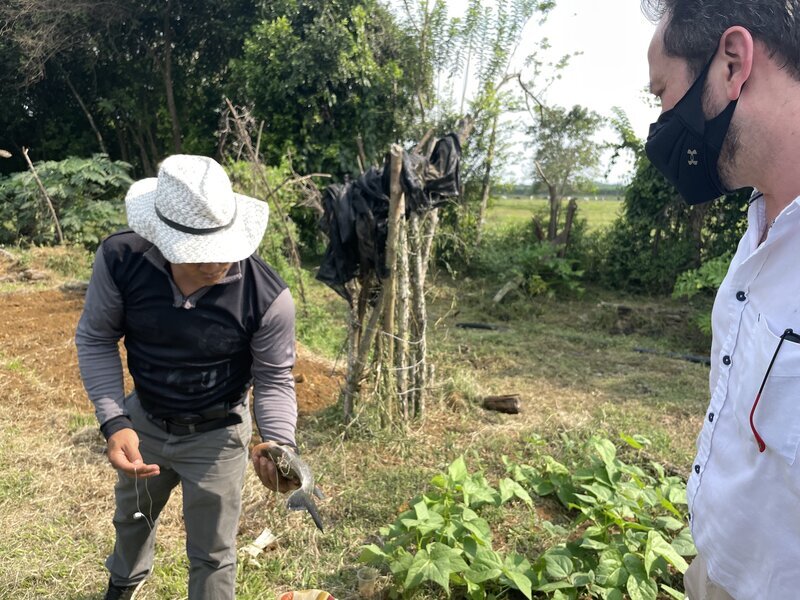 At the “La Vaca Lola” farm, located in southern Cali, a member of the fish farming project shows a specimen of Tilapia to the Chief of Mission, Carlos Ruiz Massieu. Photo: Daniel Sandoval / UNVMC.

The land where this initiative is being carried out has an extension of 10 hectares and was loaned by the Archdiocese of Cali through an agreement with Fundación Solidaria. 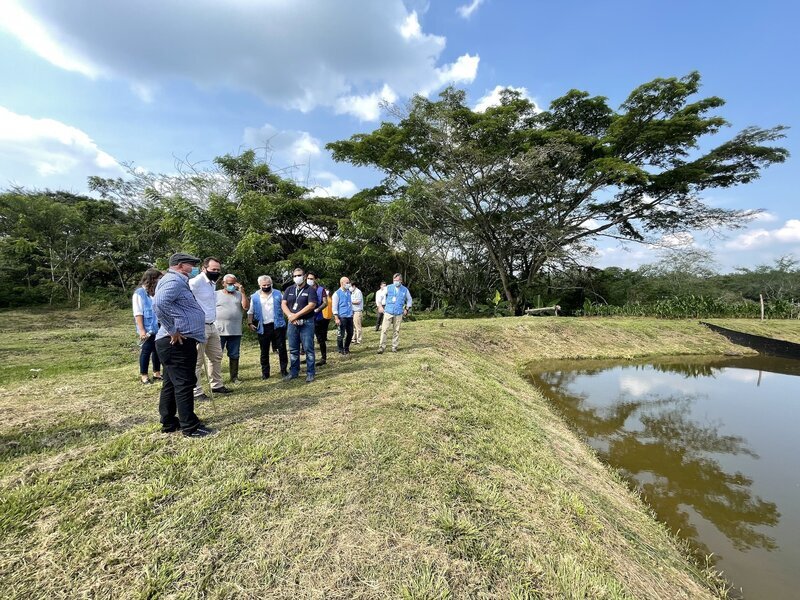 Visit the “La Vaca Lola” project by the Special Representative of the Secretary-General, Carlos Ruiz Massieu, with the regional team, delegates from Paso Colombia, the World Food Program (WFP), the Reintegration and Normalization Agency (ARN), and FARC former combatants who are part of the project. Photo: Daniel Sandoval / UNVMC.

The project is supported by Paso Colombia, the World Food Program (WFP), the Agency for Reincorporation and Normalization (ARN), and the United Nations Verification Mission, which will strengthen this productive initiative with the delivery of machinery, supplies, and equipment.