Reintegration in the Arquía river basin: challenges and hope

Reintegration in the Arquía river basin: challenges and hope

Former FARC-EP combatants located in the communities at the Arquia riverside are working in the formulation of a farming project, that will allow them to move forward to a new life in their own territory.

At 6:30 in the morning, in the middle of the rain, a boat left Quibdó city port heading for Puerto Medellín, a community in Vigía del Fuerte, Antioquia, that will serve as meeting point for the United Nations Verification Mission team, the Reintegration and Normalization Agency (ARN) and former combatants of the 34 Front of the FARC-EP.  The objective of this meeting is to jointly review the progress of the formulation of an agricultural project that former combatants wish to accomplish in that area as part of their economic reintegration.

From the boat it can be seen, on the banks of the Atrato river, the typical landscape of wooden houses on stilts, surrounded by banana cane and cassava plantations. Two hours later the boat arrived to Tagachí where passengers get transfer to a smaller wooden boat, so they could navigate the calm waters of the Arquía River. Carlos Ramos, the boat driver, says it's a lucky day because the river's water level has risen. "In summer, appear submerged tree trunks and branches that makes it almost impossible to navigate and the trips take longer". 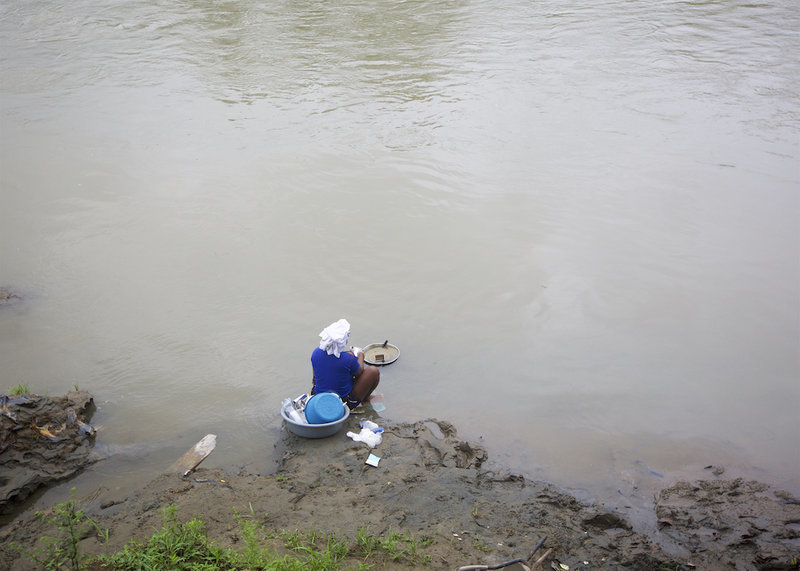 When arriving at Puerto Medellín the first thing that catches the attention of the passengers is the house of Ramos, an imposing two-storey wooden structure he made a year ago, with fine wood known as Capitancillo, Pantano and Tometo. His wife, two young daughters and “Rebusque” his dog, welcome the group and accompany them to the community house where the meeting will be held. Minutes later, a group of former combatants arrived at Puerto Medellín, mostly from the communities of Vegaez and Vidrí to meet the UN Verification Mission representatives and the ARN officials to know the progress of their productive projects formulation and to decide what will be the most suitable project to meet their needs.

There is hope for the reintegration process outside the TATR

After the closure, by government decree, of the Territorial Area for Training and Reintegration of Vidrí, in June 2018, the majority of former combatants who laid down their weapons at that TATR (Fronts 57, 34 and Aurelio Rodríguez), moved to other places such as Quibdó in Chocó, Mandé in Antioquia and, Pueblo Rico and Pereira in Risaralda.

Some of these groups have managed to develop personal productive projects, as is the case of the group in Santa Cecilia, municipality of Pueblo Rico, Risaralda, with a fish farming project supported by the UN Verification Mission in Colombia.  To the group of Quibdó, the National Council of Reintegration recently approved, with the highest qualification (86 points out of 100), a project of fish farming. Other projects like a restaurant, are also in formulation stage. 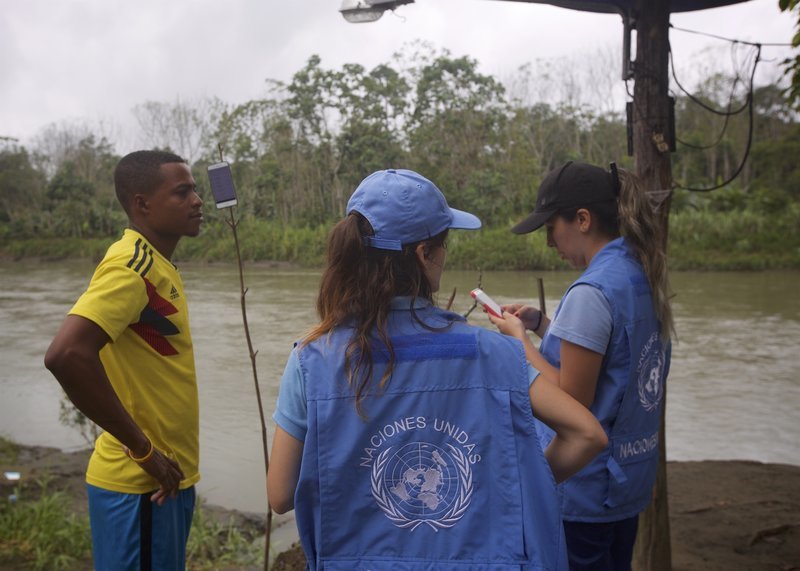 However, the situation for those who remained in the communities of the Arquía basin has not been easy. The geographical conditions of the territory (the only way to get there is by navigating the Atrato and Arquía rivers) and the deficiency in the communication networks are the major drawbacks that prevent the reintegration in this zone from progressing at the same pace as in the other areas of the departments of Antioquia and Chocó. In this regard, Jhon Fredy Perea, an accredited ex-combatant, expressed his concern about the lack of boats and gasoline, as well as the deficient cell phone coverage on the local communities. These conditions have also affected ARN's access to the area.

Although it has been difficult for the group of people to agree on the project idea, the only thing clear, says Yesid Perea, another former combatant, is that they should make the most of this opportunity brought by the ARN, with the support of the UN Mission, to ensure a better economic future. 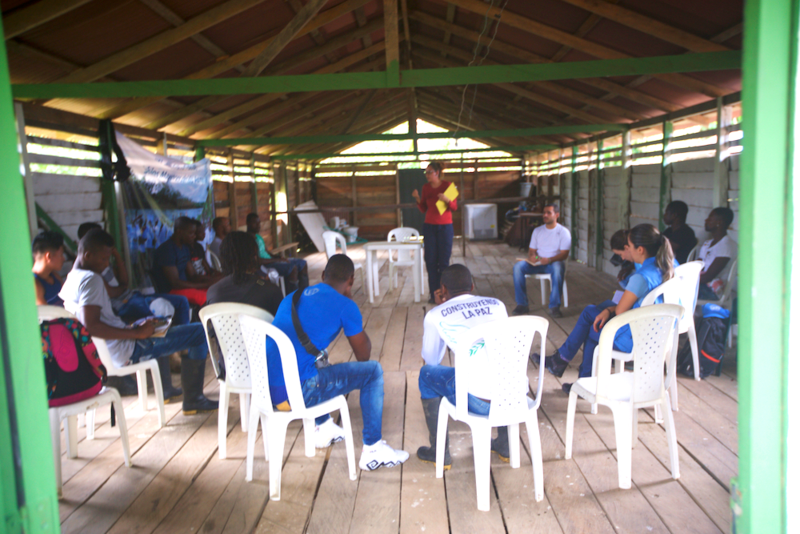 The greatest hope of Perea, as well as several of his colleagues, is that they never have to leave the Arquía because of a lack of opportunities but to work insistently on how to get forward with dignity, contribute to the communities and carry out their social and economic reintegration. Perea, who lives in Vidrí, started, with the company of a friend, a shed of chickens, in addition to a banana crop that he hopes to harvest early next year.