Indigenous women and former combatants in reconciliation and empowerment dialogues

Indigenous women and former combatants in reconciliation and empowerment dialogues

In La Llorona Canyon, Dabeiba, in western Antioquia, a group of five women from the Embera Ejabida ethnic group and five former Farc combatants participated in two meetings on reconciliation and women's empowerment, promoted by the UN Verification Mission in Colombia.

During the first meeting, held at the headquarters of the Dabeiba Indigenous Council, the NGO Ruta Pacífica de las Mujeres and the Truth Commission accompanied the activities and discussions. Using participatory methodologies, the participants reflected on the different cultures of the women, their experiences and memories, as well as their path to reconciliation.

The participants of the meeting played a central role in facilitating and developing the activities. One of them was the mándala, led by Jessica Narango, a member of the Farc party, in which she asked each of the women about her life history and her expectations of the meeting. Symbolically, each one placed an object that represented her in the spiral of the mándala, an object that remained during the two days of the first meeting, as a way of contributing collectively to the group that was being formed. 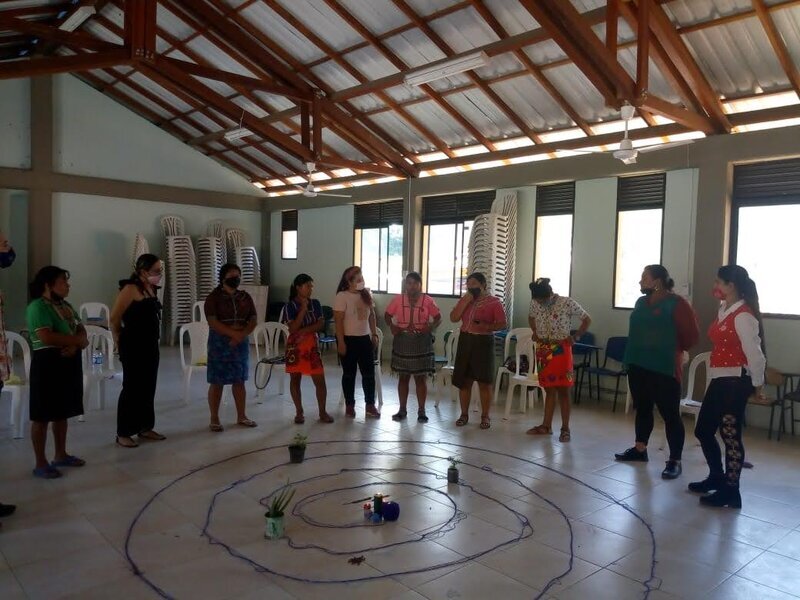 During the following day, the two groups of women worked separately on the elaboration of a symbolic body to give to the other group as a way of approaching and exchanging between the two cultures.

During the second meeting held at the New Godó Reincorporation Area in La Llorona Canyon, the women learned how to make handmade and natural soaps with the support of the company Biopsen and the Agency for Reintegration and Normalization (ARN).

Through the collective elaboration of this handmade product, trusting links were woven between the women, and spaces of dialogue and exchange were opened. Likewise, with the manufacture of the soaps, they participated in an empowerment process. It is worth mentioning that while the women participated in the activities, the men of NAR Godó prepared lunch for the whole group and took care of the children. 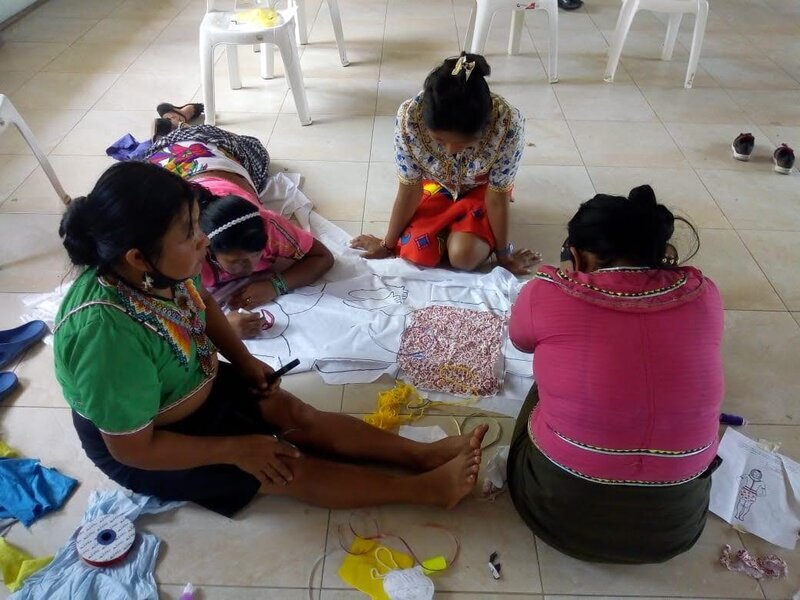 Elaboration of the collective body of indigenous women that was later given to the group of former combatants. Photo: UNVMC

Women participating in the second reconciliation meeting while the men of NAR Godó cooked and looked after the children. Photo: UNVMC

The women were very enthusiastic about these meetings and would like to continue with the handcrafted and natural production of soaps, developing their economic initiative. They are organizing to participate in the Dabeiba farmers' market scheduled for 4th October by offering for sale handmade soaps that they are now making. Discussions are continuing as to how former combatant women and indigenous people can coordinate, possibly through the inclusion of Embera handicrafts in the sales of artisanal soaps. 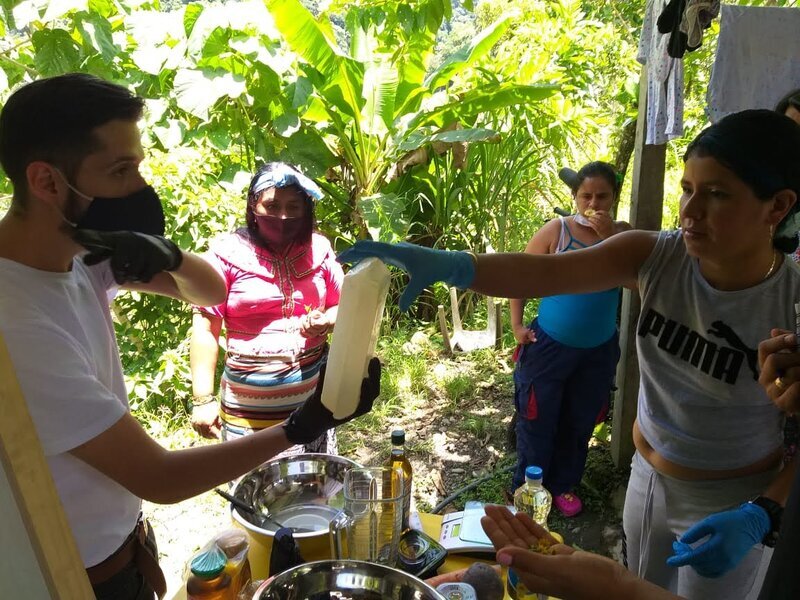 The continuation of this productive initiative represents an opportunity to support women from Godó, who have so far been unable to find their economic activities for their reincorporation. Similarly, the successful development of this initiative will contribute to supporting the empowerment of the indigenous women of La Llorona Canyon and their economic autonomy.

These meetings were promoted with Extra-budgetary Funds. The verification approach of the Mission is constructive and aims to promote conflict resolution, confidence building, and joint efforts in response to implementation challenges. In line with this approach, the Mission has received extra-budgetary (XB) funds to support income-generating projects, self-managed by people in the process of reintegration.

The provision of XB funds aims to increase the confidence of the former combatants in the implementation of the Peace Agreement, to reduce the immediate gap until more significant sources of funding from the government and the international community arrive. 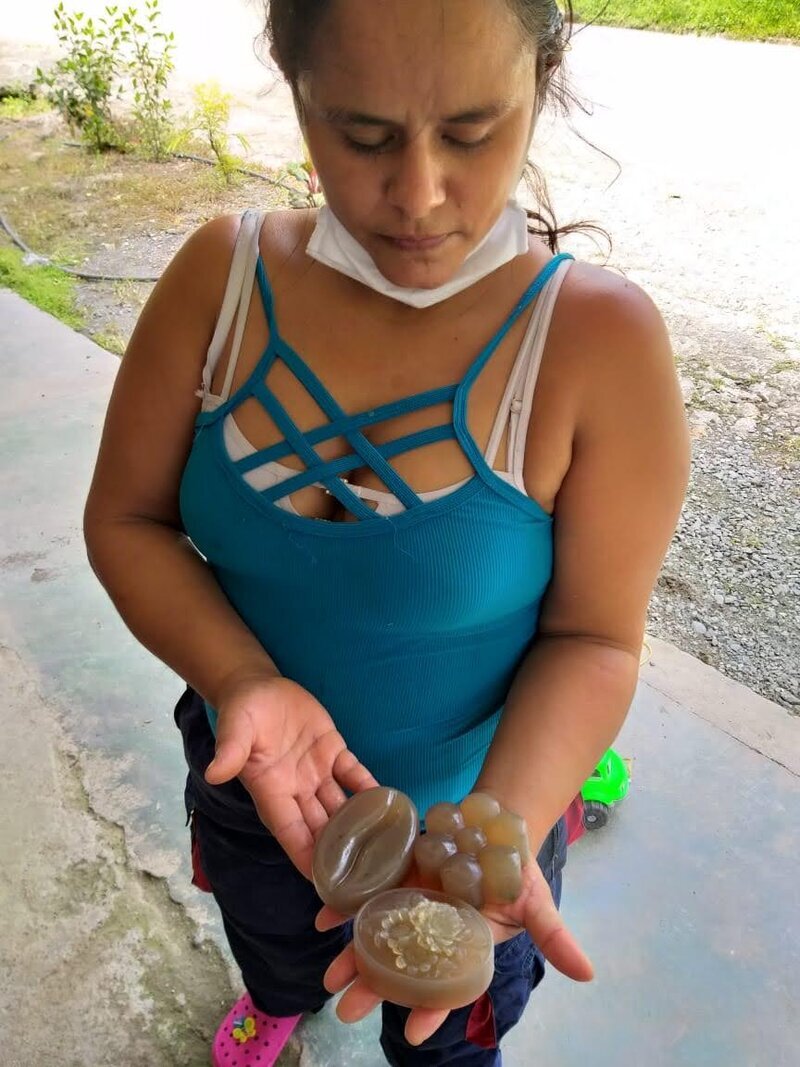 A woman in the process of reintegration displays the soaps produced. Photo: UNVMC

Although limited in both size and scope, these interventions have a significant impact on people's lives and their perception of the reintegration process, providing materials, inputs, and other contributions to support reintegration efforts. These contributions have also been catalytic in bringing FARC and the Government together in a tripartite process with the United Nations, to support reintegration in a coordinated manner and to mobilize additional resources in support of income generation initiatives.