Indigenous communities and former FARC combatants, an example of reconciliation in Dabeiba

Indigenous communities and former FARC combatants, an example of reconciliation in Dabeiba

A ritual of forgiveness was held by Embera indigenous communities and former FARC combatants in a municipality in western Antioquia. Event supported by the government, political parties, and the UN Verification Mission in Colombia. 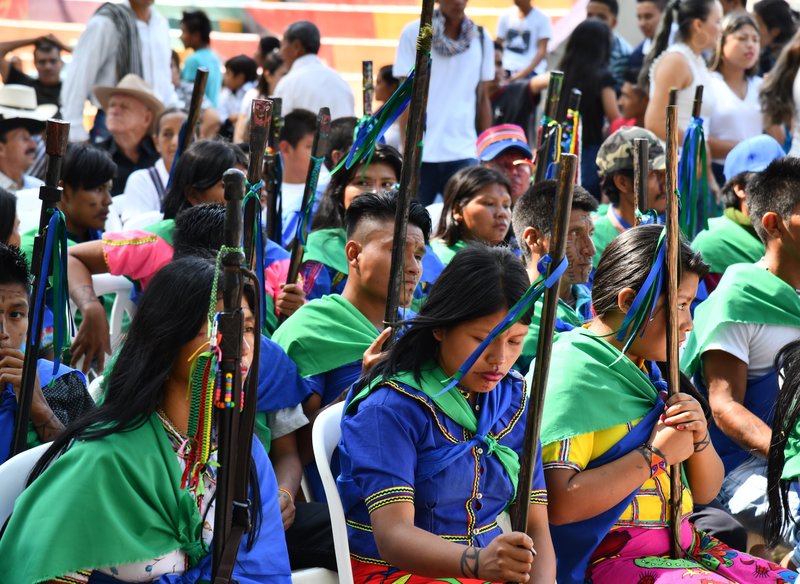 36 indigenous Embera communities participated in the Forgiveness Ritual in Dabeida.

Four acts symbolizing the protection of the land, truth, and commitment to non-repetition, the vision of a future without violence, and a chant of healing were carried out in the municipal park in Dabeiba in western Antioquia as the Forgiveness Ritual between Embera indigenous communities and former FARC combatants.

Embera from 36 communities arrived early and following the national and Indigenous Guard anthems they proceeded to perform the ritual. Previously, they gave members of the FARC political party colourful scarves to wear during the event as a message of commitment to building a country without hatred.

Embera people shared the reconciliation message among delegates from various entities. Representatives of the catholic and evangelical church, the Mayor’s Office of Dabeiba, the Unit for Victims, the Governor’s Office of Antioquia, senators of the Democratic Center, and FARC, and the UN Verification Mission. The main event began with a clear message from the indigenous communities: 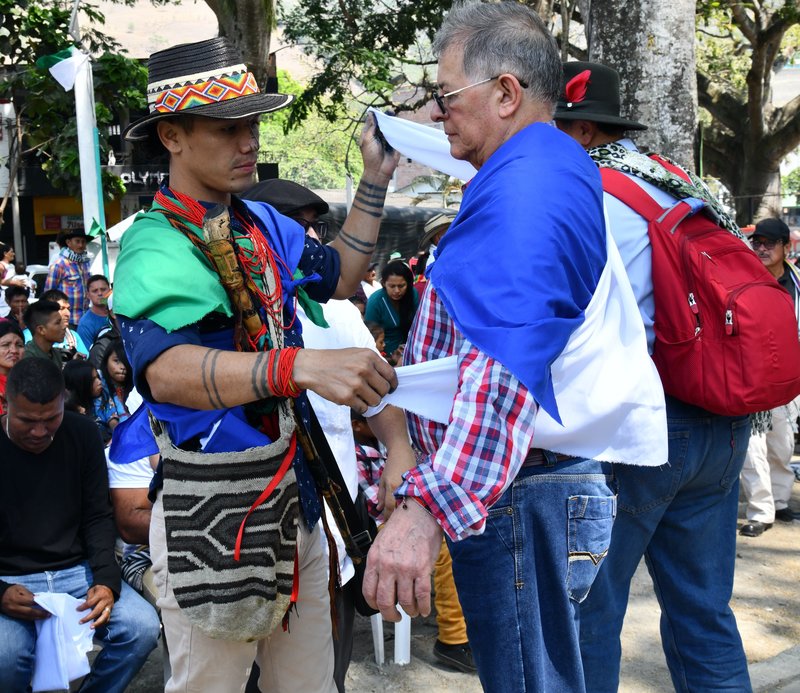 Before the inauguration of the ritual, FARC representatives receive scarves from indigenous people as a symbol of the commitment to the values upheld in the ceremony.

"Peace is not just about a signature. It's a feeling and the value we place on life. From the Emberá cosmogonic perspective, forgiveness is one of the most important steps to be able to understand, listen and connect with others, and to forgive, there must be a spiritual process," said Leonardo Domicó, an indigenous leader in Dabeiba. This message was given while indigenous men and women who, together with former Farc combatants, staged the passage from pain to life, symbolized by the birth of a baby.

Children and young people from the Llano Grande school, where the former TATR is located, participated in dance for hope with indigenous people with an urban, afro, and traditional Embera rhythms. 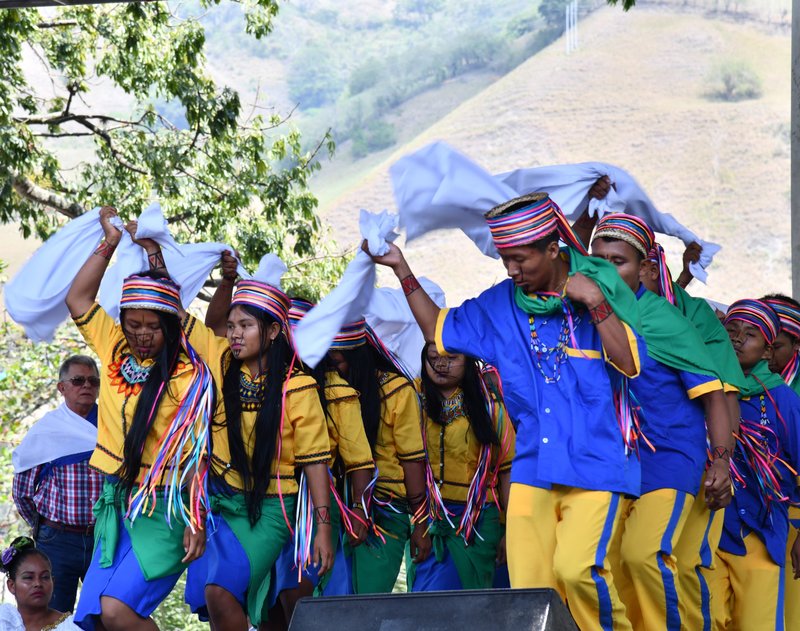 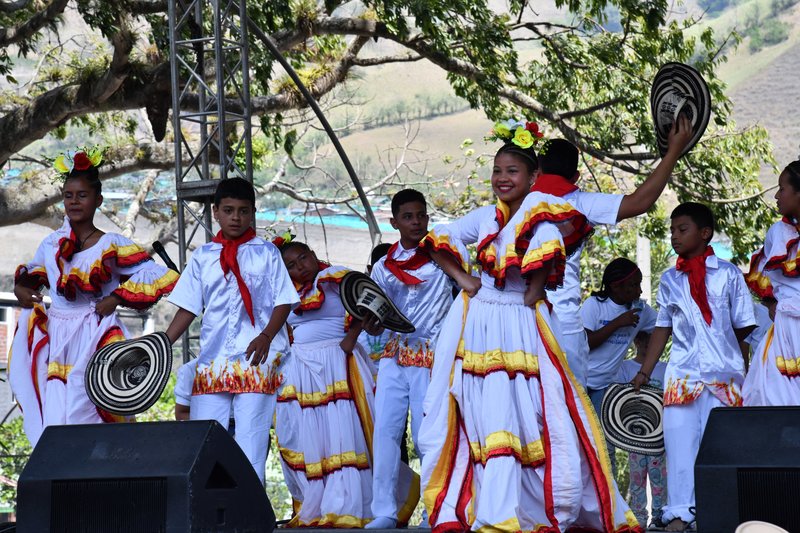 Traditional dance during the forgiveness ritual in Dabeiba.

A Pact for Reconciliation

The commitment to move forward in truth and for the reparation of indigenous victims sealed the forgiveness ritual in Dabeiba, Antioquia. Indigenous people and former FARC combatants signed a declaration for reconciliation and called for support for the Peace Agreement.

Representing FARC, Pastor Alape, a member of the leadership of the Common Alternative Revolutionary Force party and a delegate of the National Council for Reintegration, recognized the indigenous communities as victims of the armed conflict. “Our commitment is to work with you from the perspective of your knowledge, your culture, to recognize you from your cosmogonic conception,” he explained.

“Our presence is in recognition of the impact we caused upon the communities that were trapped in the conflict,” said Rodrigo Granda, a party leader.

The signing took place with the participation of the Democratic Center party representative, Cesar Eugenio Martinez and delegates from local authorities led by the Mayor of Dabeiba, Leyton Urrego. 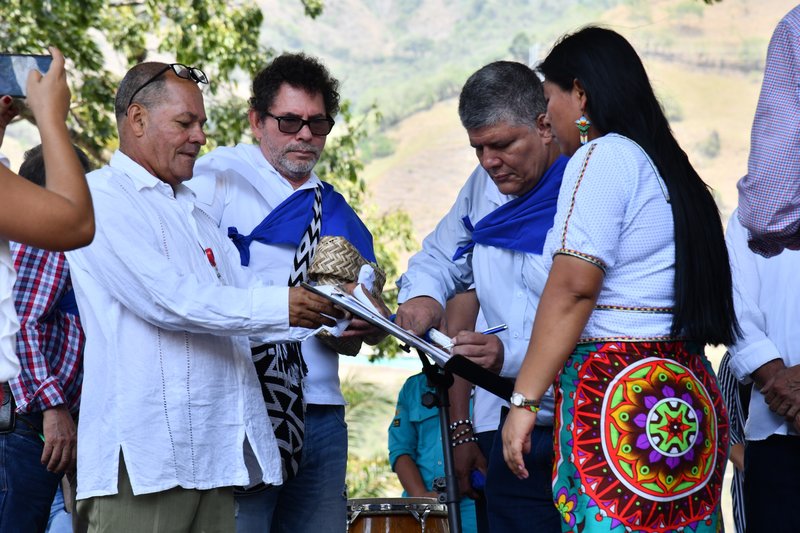 With the commitment to advance the truth and reparation for indigenous victims, a forgiveness ritual was sealed in Dabeiba, Antioquia. Indigenous people and former Farc combatants signed a declaration for reconciliation and called for the Peace Agreement to be protected.

According to Leonardo Domico, the ritual allowed FARC to recognize indigenous communities as victims of the armed conflict. “We want the FARC party to join efforts to create wellbeing and an opportunity for change for communities. As testament and symbol of the commitment to lasting peace in Dabeiba and Colombia,” said the indigenous leader.

At the end of the event, Embera communities and FARC agreed to request to the Truth Commission, established within the framework of the Peace Agreement, to open a special body for the war victims in Dabeiba to be heard.

The ritual of forgiveness was developed in coordination between the indigenous leaders of Dabeiba and the Farc party since 19 December 2019. Since that date, they have worked on the construction of the ritual. 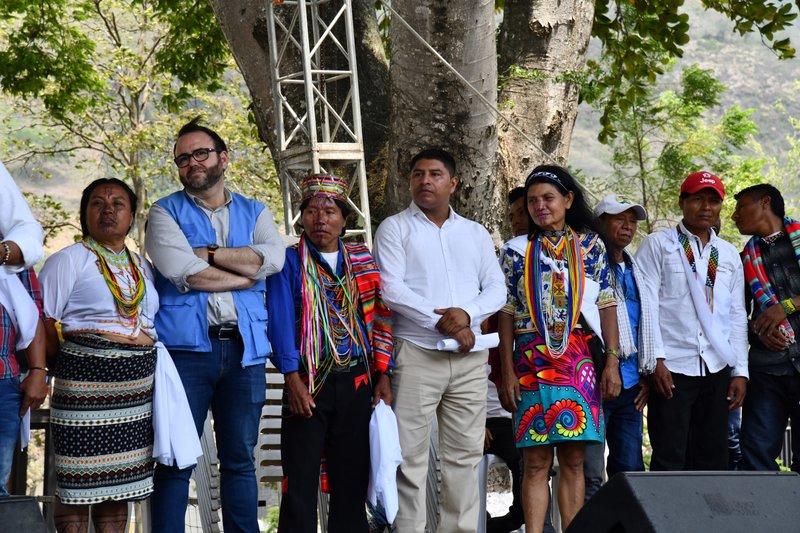 Over the last year, the UN Verification Mission in Colombia with other entities have given their support to bringing indigenous and former FARC combatants together.

The UN Verification Mission in Colombia has accompanied the process of approach and integration between the indigenous communities of Dabeiba and the Farc party as well as the People in the Process of Reintegration of Llano Grande since February last year, through some teaching and thematic meetings on the implementation of the Peace Agreement.

On 3-4 October, the Mission carried out the first workshop for the leadership of the 36 indigenous communities in Dabeiba regarding the Peace Agreement backed by the public institutions responsible for the implementation and advancement of truth, justice, and reparation processes.

The event on 29 February is the result of the support provided by the Mission to reconciliation among communities.

“This event is very symbolic as it is the first time that FARC presents an act of forgiveness to these communities. The preparation has been underway for a very long time, according to Embera traditions and culture,” concluded Francesc Claret, Head of the Medellin Regional Office of the UN Verification Mission in Colombia. 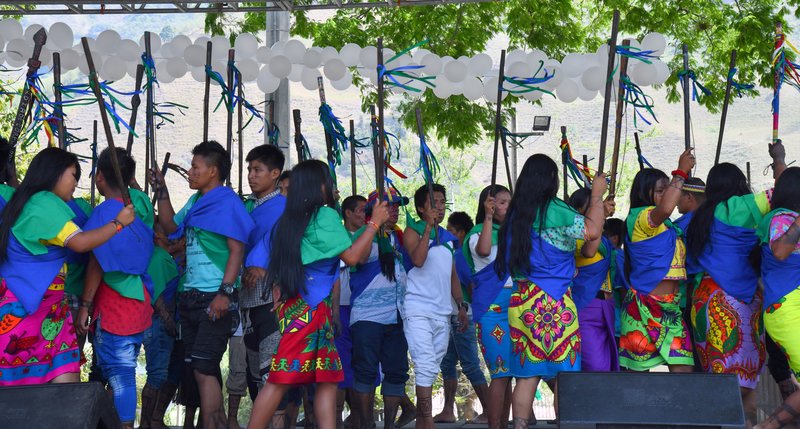