"I won’t change my farmer life for anything in the world": Juan Machado

"I won’t change my farmer life for anything in the world": Juan Machado

In the rural area of Loma de Bojayá, located on the banks of the river in Chocó department, a group of people in the process of reintegration and their families demonstrate that peaceful coexistence is possible. Re-integration through study and work in farming has given them a new life that they would not want to change.

Juan Machado, a 47-year-old former combatant in the process of reintegration, says that Loma de Bojayá was once the municipal capital of Bojayá, Chocó. Over the years and the displacement of the population due to the armed conflict, the town moved to Bellavista, a community on the banks of the Atrato River. 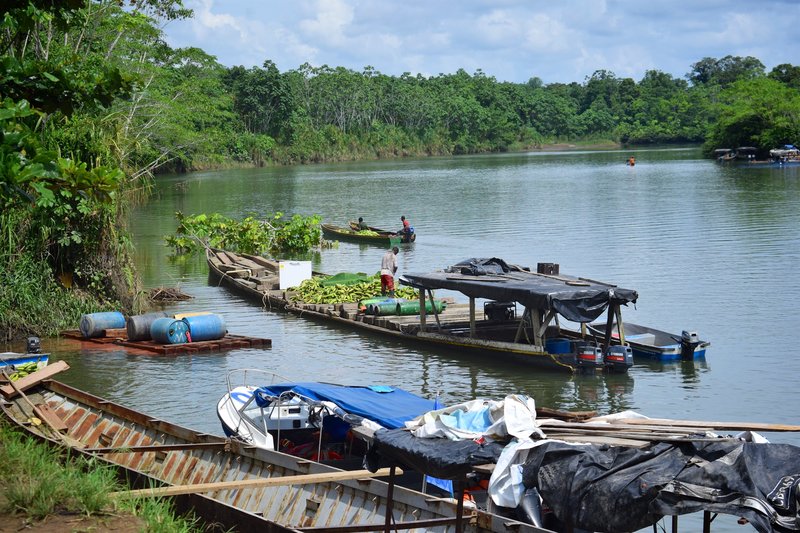 Today, Loma de Bojayá is a growing village. It is a quiet town of enthusiastic people. This is also the perception of the local verification team of the UN Verification Mission, among them the Field Officer, Albert Llado, who arrived at the site together with the Agency for Reintegration and Normalization (ARN), to verify the reintegration process and the security guarantees of former FARC-EP combatants and the community.

"Since the last time we came here, about two months ago, you can see some improvements in the Loma," says Llado as he walks and points out a house, "for example, the repairs in the houses with new wood, that makes this place look very good.

In the rural area of Loma de Bojayá, there are about eleven former combatants in the process of reintegration. Some time ago, when they were part of the 57th front of the FARC-EP, they established families with women from the area. Now they have returned to reintegrate into civilian life alongside their families and are recognized for their efforts to build peace, setting an example of coexistence and self-improvement.

La Loma has few public services. Its paved streets are narrow and clean. It has a health center and a fuel plant that provides electricity from 2:00 p.m. to 11:00 p.m., and if there is one thing that makes its inhabitants proud, it is the Loma de Bojayá’s Agricultural Educational Institution. 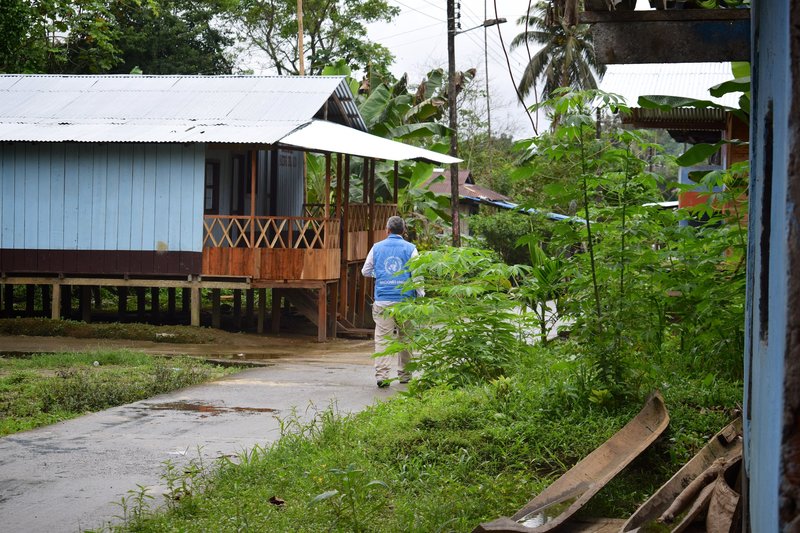 Education, the key to reintegration

The headquarters of the Agricultural Education Institution is in La Loma, with classrooms in the surrounding villages. According to the director of the school, Olimpa Allín, there are about 400 students who attend the agricultural institution, half of them attend classes in La Loma. Its classrooms are spacious, and the facilities have a soccer field and a basketball court. Its agricultural approach is what impact the most.

The institution is located on a large plot of land, has a chicken farm, a pond for fish farming, home gardens and crops of borojó, cocoa, and banana. "These areas are essential for students to put into practice what they learn every day in the institution," says John Ibarguen, a teacher committed to his work, who arrived thirteen years ago from the area of the San Juan River south of Chocó.

Ibarguen is one of the 24 teachers of the school and is currently in charge of the adult education program. He explains that at the end of 2018, the UN Verification Mission and the ARN asked the institution to offer classes to the group of ex combatants at La Loma. "The classes started in January 2019. On weekends, they receive training of basic subjects such as mathematics and Spanish. However, what they like the most are the subjects related to agriculture," says Ibarguen.

Juan Machado, for example, is already in the ninth grade of the program. According to his colleagues, he is one of the most outstanding students. Machado says he likes to read and is passionate about agriculture. "I don't want to change my life for anything in the world...I want to live in peace, I have a plantain, yucca, rice and borojó crop, I also have chickens. My products are bought by the people of the village where I live with my family ".

The group has shown passion for farming and the desire to learn that is reflected in its agricultural activities; they put into practice what they learn growing corn and banana. They also raise chickens and pigs. With the support of the ARN and the Colombian government, they seek to put in place individual reincorporation projects in farming.

Peasant life is a way of life

Wilson Cuesta is another former combatant who has lived in the area for years. "Loma de Bojayá is a fertile land, here any crop grows very well." He talks very little about his past life in the guerrilla, it is a chapter that he doesn’t want to remember. On the contrary, all he wants to talk about is how the countryside life is like. Cuesta feels proud of what he has become, showing happiness when he speaks, he doesn’t stop smiling.

"Many also live on wood. Here Choibá, Cedar, Chanú, Uino, and Roble are extracted. It is sold by the Millar, that is to say, 1200 inches".

The wood is taken to Quibdó the capital city of Chocó department, in a huge boat, fitting 31,200 inches per trip, almost 700 blocks of wood. A “thousand” of Choiba can be sold in 1.000.000 Colombian pesos (about USD 300), but when it is resold in main cities, that price goes up to three times in value.

"You can also live on barter transactions” explains Cuesta.  “When the economy becomes difficult and there is no one to buy our pigs what we do is to exchange an animal for banana and other vegetables we may need".

There are extensive corn crops, but it is very hard to commercialize. Farmers feed corn to chickens and pigs to not waste it.  A former combatant explains that a “fique” or sack with two quintals of corn can be sold for 250.000 Colombian pesos (about USD 75). The problem is that is very expensive to get it out to the closest market. Unlike bananas, corn has a lower demand in the market of Quibdó, selling it elsewhere would be more expensive because of the high price of petrol used for river transport. 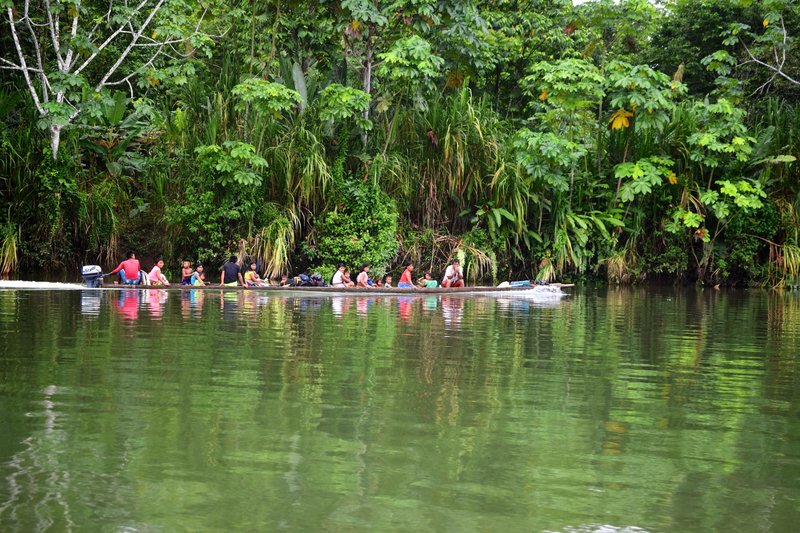 Little by little, the progress in the region is perceived by the group of ex-combatants. They hope that the implementation of the Peace Agreement will help to improve the lives of the communities where they are. Despite the difficulties, the former combatants want to stay and live in La Loma. Teachers enjoy working in this community too; working altogether for the process of reintegration, doing their best to build peace, as it is the only motivation for community reconciliation in this region.