Hass Avocado: An example of courage in Cauca department

Hass Avocado: An example of courage in Cauca department

Nearly 250 former FARC-EP combatants are ready to undertake one of the most ambitious economic reintegration initiatives in Colombia. Each member of the project will be working to turn avocado into a reference for agricultural production and peacebuilding in southwestern Colombia.

Henry Ortiz Dagua supervises this titanic task. Since the beginning of March, he has been supervising the day-to-day running of this initiative: distribution of work shifts, monitoring the plantation and the regulation in the use of tools. This situation led him to move full-time to the land where the project is being carried out, which is in the Resguardo de Tumburao, located half an hour from the downtown of the municipality of Silvia, Cauca. 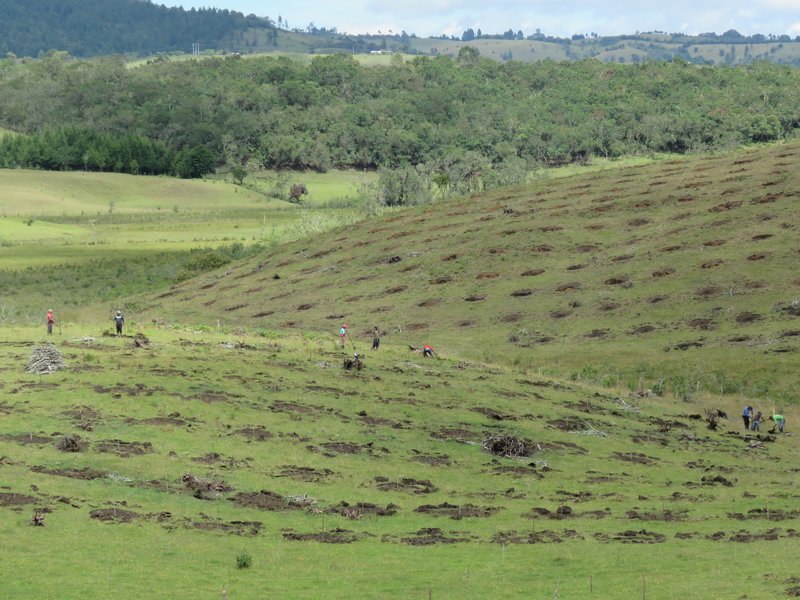 "The key is that we have always been sure of achieving it, this energy is reflected in the last two months, in which we have achieved the layout, and we started to plant Hass avocado. It is an example of courage” affirms Henry, who also says that this initiative has taken a process of almost a year and a half.

For the next few weeks, Henry has a detailed plan to cultivate more than 4000 seedlings: "We have 240 people participating in this initiative, which are divided into groups of 20 with specific functions. Each team has its own WhatsApp group, and through this, they coordinate their shifts and activities. "

After describing the characteristics of the project, the former FARC-EP combatant proudly looks at the Tumburao property and says: "This is something wonderful for us, it was one thing to read the project on paper and plans, but it is totally different to see it in reality. This fills us with pride and drives us to work non-stop. " He has followed it to the letter since he has decided to move his place of residence to the project and devote all his energy to move it forward.

At the end of the interview, Henry took a moment to thank the UN Verification Mission in Colombia and the United Nations Development Program (UNDP): "they have provided us support and have played an important role in the development of our initiatives and projects. Since the beginning, they have been accompanying us, and that makes us feel safe". 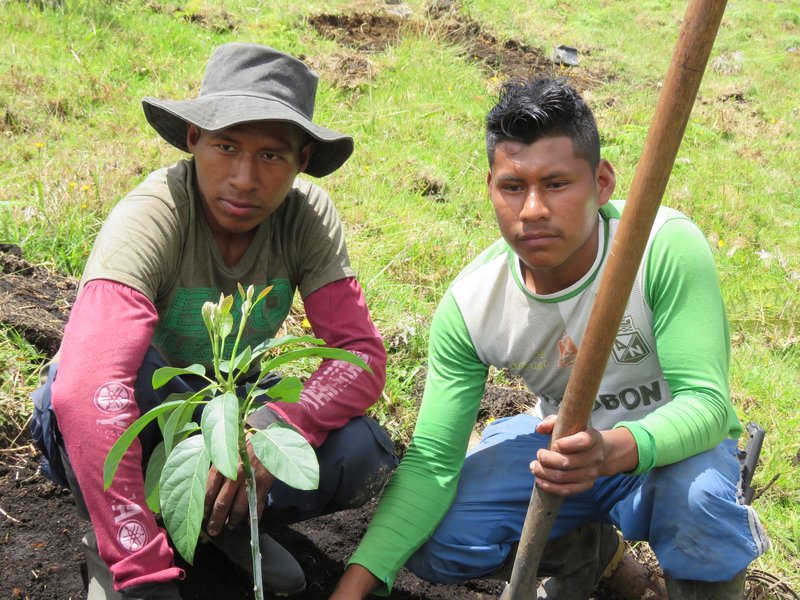 "Our central objective is to export"

Germán Ospina is the project manager of one of the cooperatives created by former combatants in Cauca. We dialogued with him about the future of the agricultural project. During the interview, we witnessed the first avocado seedling planting, which represents a milestone for the project and for those who accompany this memorable moment. 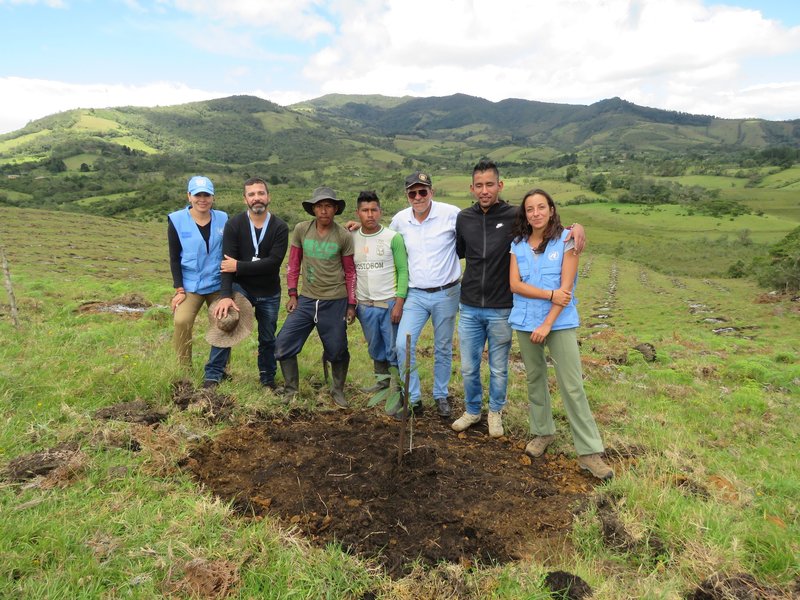 After the plantation of the first seedling, Germán explains us the time it takes from now until the harvest: "18 months of care and follow-up are required for us to have avocado production, so by the end of 2020 we will be able to enjoy the fruits what we are planting today".

Germán mentioned us that there is a special characteristic in the soil of this area that will give added value to the production: "Here in Silvia, Cauca, we are at 2400 meters above sea level, this means that the avocados grown here will have a larger size in comparison with others around the world, this It is essential to achieve our central objective which is to export it. "

Another unique feature of the land where people in the process of reintegration advance their agricultural project is the absence of climatic seasons; this allows them to compete in favorable conditions with countries such as Mexico where avocado is only produced in one season of the year. About the future, Germán mentions us that a crop should be grown in optimal conditions when possible investors visit them. To do this, they must achieve the international certification of GlobalGap crops, a new challenge on which they are focused on. 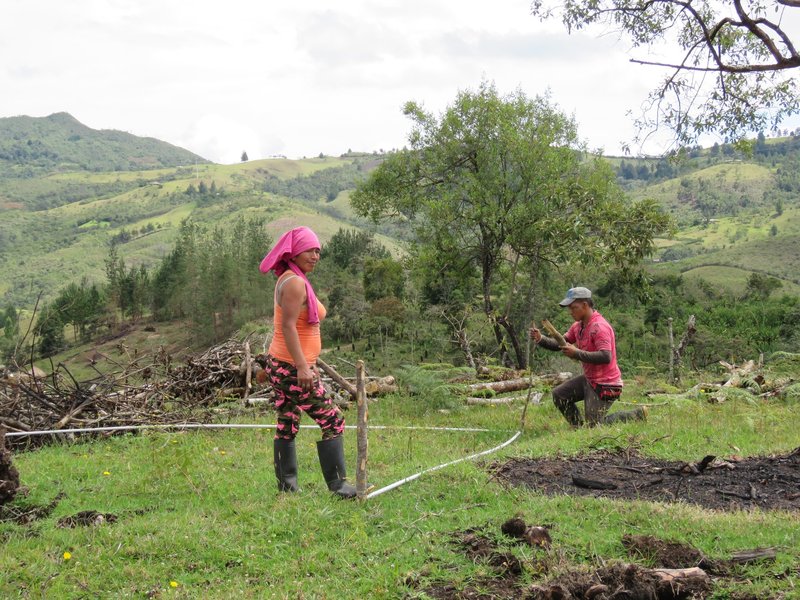 For now, Germán and Henry together with the people in the process of reintegration are working day by day to achieve the dream of offering Hass avocado with a seal of peace and hope in every corner of the world.