A female five-a-side tournament was held on 24 and 25 March 2018 in Timba, Cauca Department, and has found its way in the hearts of its participants.

For the first time ever, former combatants, members from the police forces and women from the community participated in a joint sports activity. The event ended with a resounding victory, by a wide margin, for those who take a stake in Peace and Reconciliation.

“Those players belong to the FARC, the others are from the police and the ones in the back seem to be from another town, I do not recognize any of them”, said an elderly woman to her little granddaughter, while they watched the teams lining up at the sports centre. 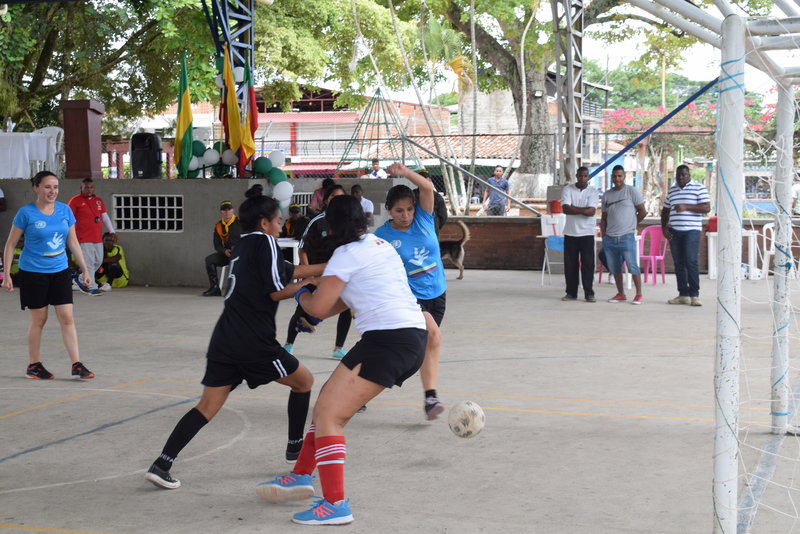 “I am certain of one thing, and it is that the girls in blue must be from the UN, I’ve heard they speak in weird accents,” said their seatmate, pointing at the women’s team dressed in white and blue uniforms made up by United Nations Verification Mission Officers.

Attendees were about to witness the launching of the first female five-a-side tournament for the peace, and initiative gathering former combatants, the police, the community and UN officers.

Eighteen teams took part in the tournament, among which one was solely comprised by FARC former combatants and another one comprising former combatants and community members. Two police teams signed up as well: one representing the Ground Operations Battalion (BATOT in Spanish) and the Mounted Police Basic Unit (UBICAR in Spanish), 11 teams from local zones and the UNVMC team. The Unit for Peace Building (UNIPEP in Spanish) envisioned the tournament.

The tournament kicked off after a minute of silence for the victims of the armed conflict in this region of the country. Up to 2015, any activity involving the presence of FARC members and police officers in the northeast of Cauca led to dread and fear by locals. Since the signature of the Peace Agreement, these emotions have progressively turned into peace and calm. 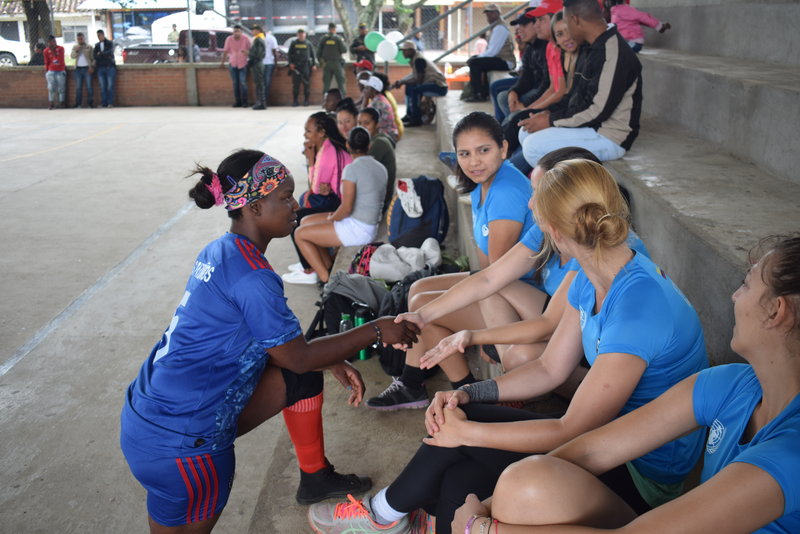 The tournament was a complete success in terms of the number of attendees and for what it meant for the Timba community, police forces and former combatants. FARC representation was not limited to the members of the Territorial Area for Training and Reintegration in La Elvira, municipality of Buenos Aires, but it also included its political and gender affairs focal points at the department level. For their part, UBICAR calculated that about 700 people attended the two-day event.

This was a unique and unforgettable experience the United Nations Verification Mission officers as they felt reassured by the community at all times, as well as their gratitude for their participation in the implementation of the Peace Agreement in their territories.