Since quarantine was decreed in Colombia, numbers of gender-based violence have increased. Just in Nariño, between January and May 2020, 584 cases of violence against women have been reported, according to data issued by the National Institute of Legal Medicine and Forensic Sciences. Unfortunately, the pandemic has further exposed that one of the most unsafe places for women is their own home.

Intending to prevent violence against women and generate strategies for social change and peacebuilding, in the Former Territorial Area for Training and Reintegration of La Variante in Tumaco, Nariño, south of Colombia, about 60 people in the reintegration process worked with the organizations to promote community responses and transform traditional gender stereotypes that for years have caused discrimination and violence against women and girls.

The organization "Hombres en Marcha" with the support of UN Women and the Norwegian Embassy, ​​in coordination with the UN Verification Mission in Colombia and the National Agency for Reincorporation and Standardization (ARN), joined forces to develop the project "Peaceful Territory, men, and women for peace." 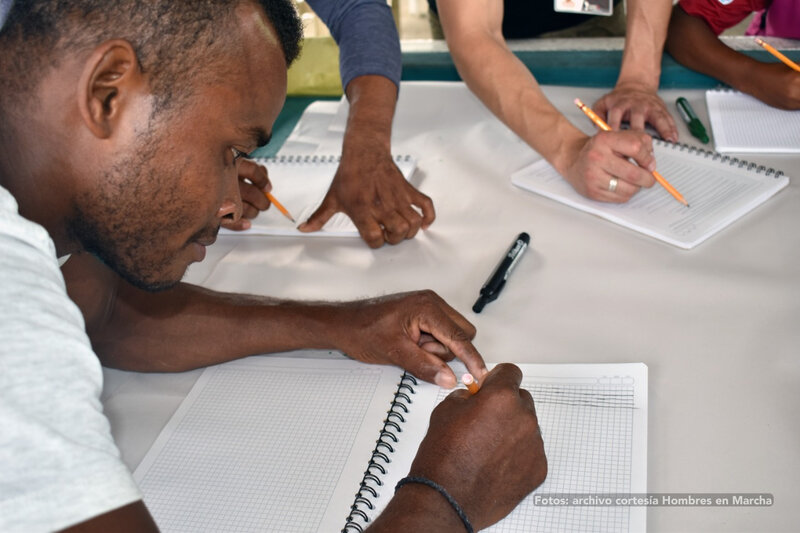 In this way, men and women developed a participatory community care route through which they can identify types of gender violence, and also promote community responses to prevent it, facilitate access to public institutions through the institutional directory, and promote the Committee for Coexistence and Territorial Reconciliation, which also links men in the area.

“The route built is to address situations of violence; with the route, we organize ourselves to accompany not only the women of former ETCR but also those of the community, ”says María, a woman in the reincorporation process and a participant in the project.

The process allowed strengthening the capacities of women for their autonomy, leadership, and empowerment, reducing the social stigmatization faced by ex-FARC-EP women in the community, and strengthening the ties of reconciliation and teamwork among the former combatant population, victims of the armed conflict and women. 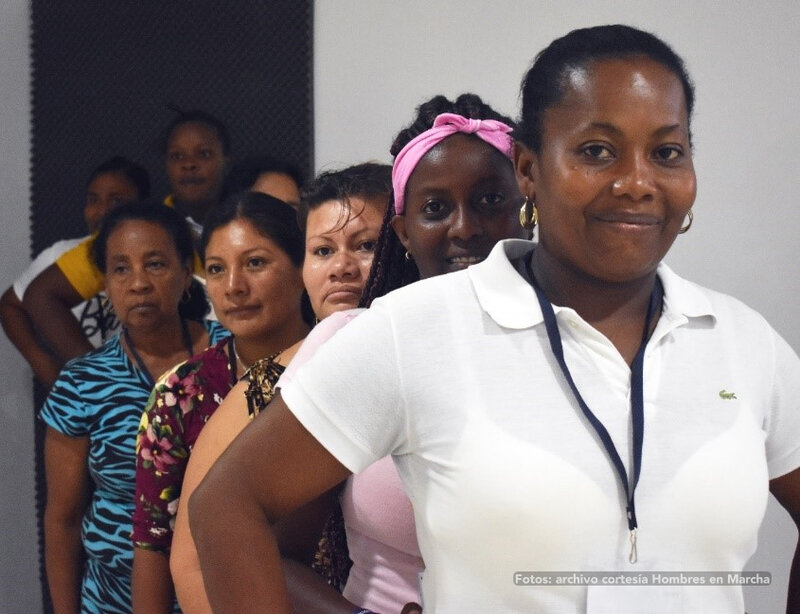 Men were also motivated to become involved in detecting situations of violence and promoting community initiatives to promote healthy coexistence, the elimination of violence against women and girls, and the strengthening of family co-responsibility. 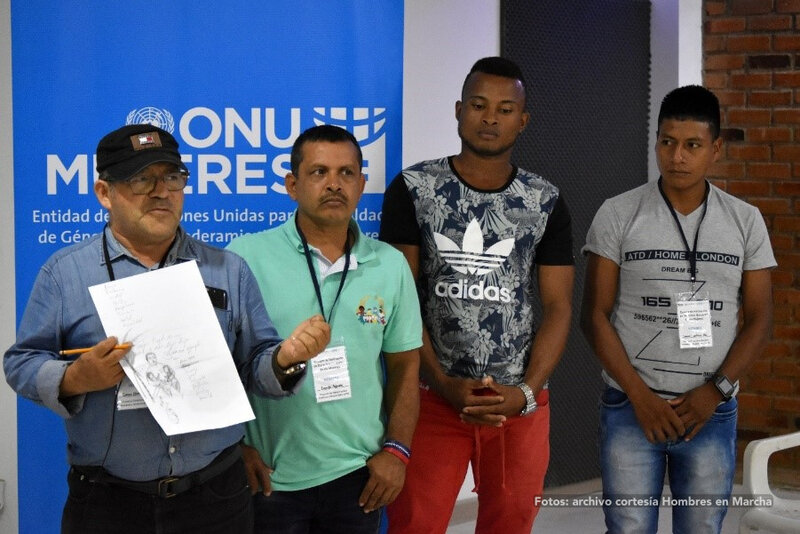 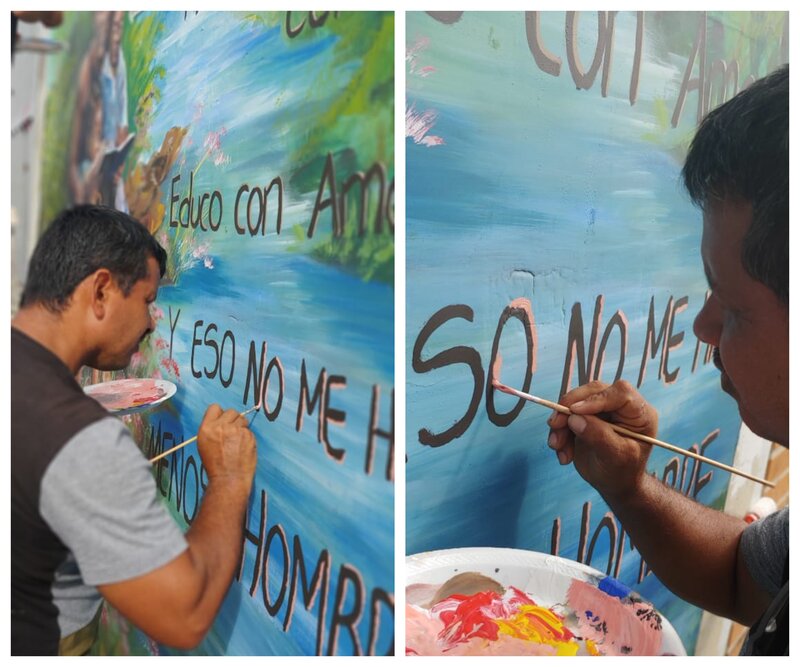 Through art and culture, men were invited to respect women's rights, respond to conflict in a peaceful manner, provide care for their families, active fatherhood, the importance of equal sharing of recreational and sporting spaces, and recognize that domestic chores must be shared. The strategies involved members of the public forces and the surrounding community.

Campo Elías participated in the development of a mural in which they expressed the values ​​of responsible and loving parenthood. His experience was very enriching and left him good lessons: “we made the mural in Tumaco as a commitment to peace. We want them to know that we continue to stand firm with the process, and our fight is no longer with weapons, it is with the word. In this case, the messages we give to men is that we educate our children with love,” he said.

Another result of the process was the song “Masculinidades para la Paz”, where at the rhythm of rap, members of the former ETCR  talk about the values ​​that must be promoted in the family, gender roles and the paradigm shift in the face of what results for the society to be a man.

Now, with the knowledge gained, the participants know how to identify the types of gender-based violence, they know the care route for women victims, and, once the Coexistence Committee is in place, they continue working on prevention, a key element during the mandatory isolation due to the pandemic.

By generating community initiatives led by men and women in the reincorporation process, their commitment to the prevention of violence and the generation of equality in opportunities and actions that claim the rights of women and girls in the territory is reinforced.