Ten former combatants, from the Territorial Area for Trainning and Reintegration of La Plancha, in Anorí, Antioquia, participate as research assistants in the Anorí bio expedition, in which 50 scientists advance in the discovery of new animal and botanical species. The UN Verification Mission accompanies this reintegration initiative for the ex-combatants, led by the Government of Colombia through the state agency Colciencias, UNDP, Eafit University, EPM and the Antioquia Reintegration Table.

A former combatant from Farc affected by a landmine accident guides the scientists pointing out the riches of fauna and flora; a farmer shows the wide variety of plants of the region. A biologist is advancing in the identification of a new botanical species while an ornithologist, who 15 years ago was kidnapped by the FARC-ep guerrillas, is leading the search for birds.

These scenes are happening in the forests of Anorí, in the northeast of Antioquia, where an expedition began with the participation of 50 scientists and a group of ex-FARC combatants who serve as guides and research assistants.

The two-week initiative, which is expected to deliver the results in September, is being implemented within the framework of the Colciencias Bio Expeditions strategy and is being led within the framework of the EPM-UNDP Partnership, which has found an opportunity to provide solutions to the challenges of peacebuilding and sustainable development in the municipality of Anorí.

The project is also supported by the Antioquia Reintegration Table, Eafit University, the Office of the High Commissioner for Peace and the UN Verification Mission in Colombia.

An added value of the Bio expedition is the commitment of former FARC-EP combatants with the reintegration and the possibility of inventory the diversity of amphibians, birds, mammals, reptiles, orchids and butterflies in the study area through field work, as well as identifying new species" explained Alejandro Olaya, Colciencias’ director. 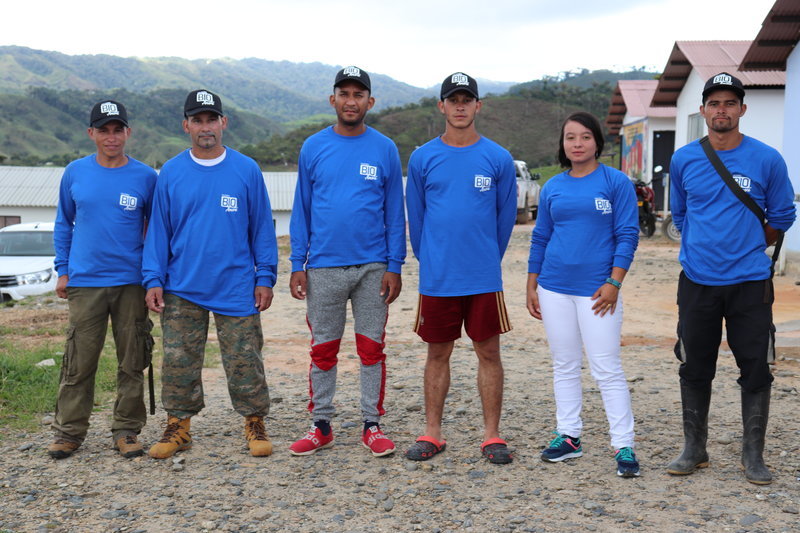 Six of the Farc ex-combatants who participate in Bio Anorí as research assistants, guides and coinvestigators. Photo: Elizabeth Yarce

"Here we do not distinguish who are former combatants, who is from the university or from the community. We all wear the same shirt and that's a message we send to the whole country" said Diego Calderon, who 15 years ago was kidnapped by the 41st front of FARC – EP in the Perijá mountain ranges on the Venezuelan border, when he was a student on a scientific expedition. At that time, he could not finish the investigation that is why now he wants to tell another story: a story of reconciliation. "The fact that we are working together on this expedition is a very clear and strong message for the people who have been watching the war from their televisions" he added. 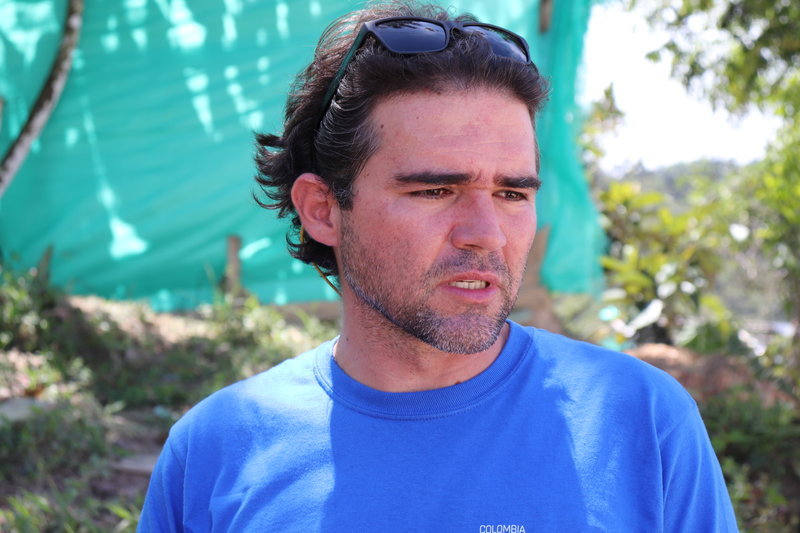 Carlos Iván Lopera, UNDP coordinator in Antioquia, believes that this experience can serve as a starting point in the design of strategies for reintegration and rural development around biodiversity. "It is about discovering the natural wealth of a territory that was unexplored by institutional actors and scientific personnel because of the armed conflict in Colombia," he added.

The UN Verification Mission in Colombia accompanies the Anorí Bioexpedition as an initiative that brings together different sectors within the framework of the social, political and economic reintegration process carried out by former FARC combatants in this region of the country.