"The main movement in the modern era is to move from conflict to peace, this has happened everywhere in the world, and for me, it is wonderful to be here as a witness in Colombia," says Don Parrish with a contagious laugh.

Now that Colombia has become an outstanding tourist destination and that year after year, after the signing of the Peace Agreement in 2016, the number of visitors is constantly increasing, making it increasingly common to see international tourists. 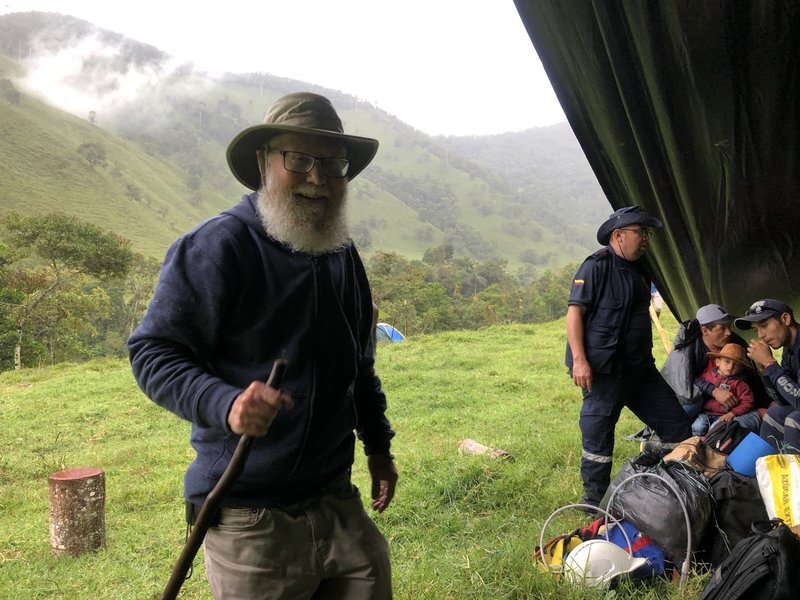 Don Parrish is one of the most traveled people in the world, according to leading traveler clubs.

The novelty of Parrish's visit, one of the most travelled people in the world according to the main travel clubs, is that this visit is to Marquetalia, the place where the, then peasant guerrilla, FARC-EP, emerged. 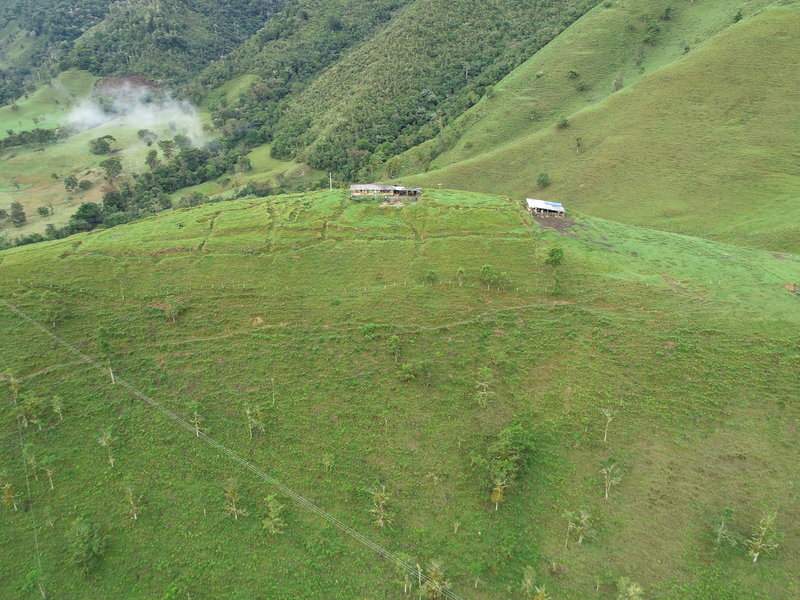 Parrish and 35 more people from 22 countries in America, Europe, and Asia arrived at this place. From the United States, through the United Kingdom, Germany, Monaco, Russia, to Azerbaijan and Taiwan.

The group is part of the three main extreme adventurers and travellers’ clubs: Most Traveled People, NomadMania, and Travelers Century Club. All of them have already visited the 193 countries that make up the United Nations and other places that are in conflict, disaster, or hard-to-reach areas. 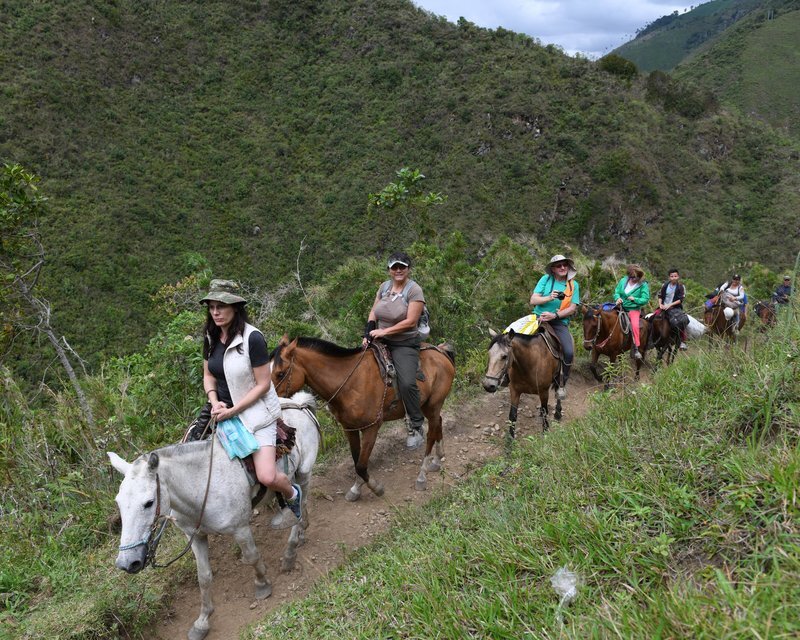 "We came as a group of international tourists to visit an area that was closed for 50 years, now we are sending a message to the outside world, that things can be normalized. There are still many steps to go, but we have had a very adventurous journey, and I am very sure that everyone here is happy," says Kolja Spöri, founder of the Extreme Traveler International Conference, ETIC. 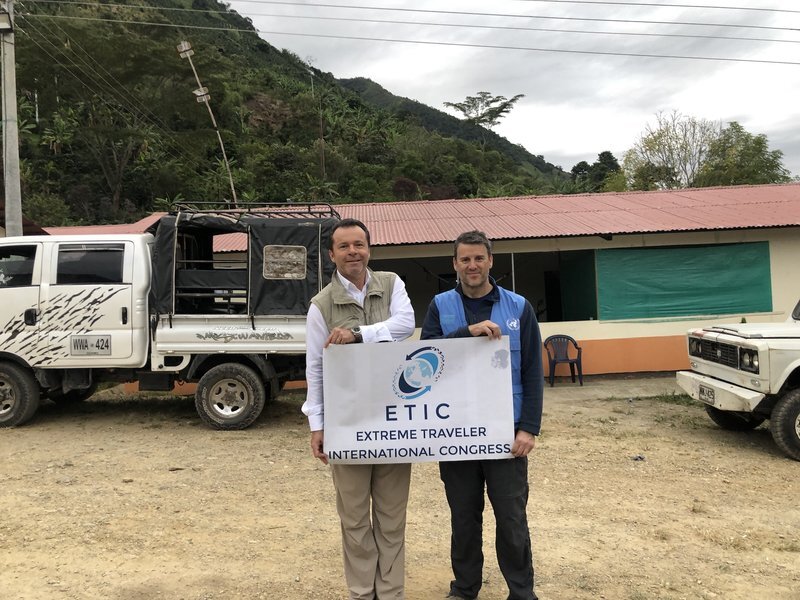 The trip was "extreme" as they are called, because after two days of travelling from Bogotá, including four hours on foot through the bowels of the central mountain range, going up the Saldaña and Atá rivers, they arrived at Marquetalia, a rural area of ​​the municipality of Planadas, in the south of Tolima. 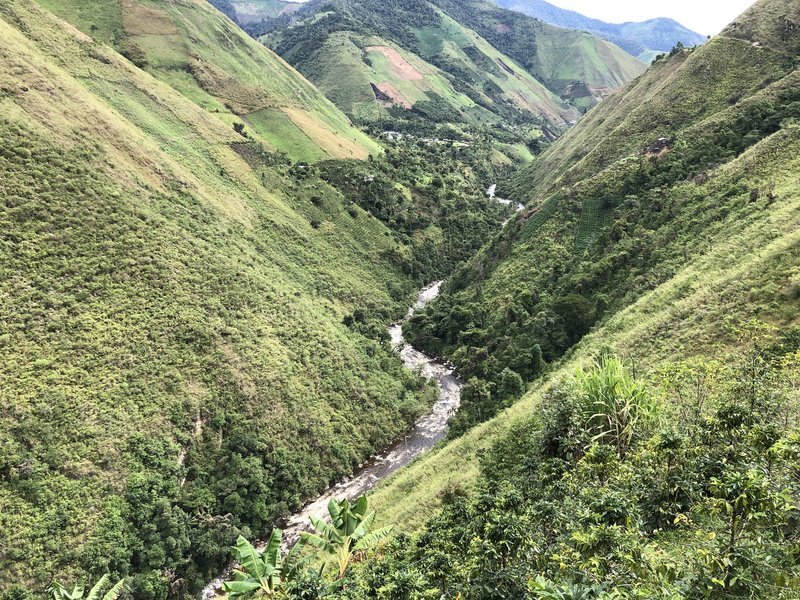 "An impressive rainfall, a low temperature, and they are very happy with the tour," says Martín Cruz, known during the time of the FARC-EP as Rubín Morro, son of one of the founders of the guerrilla group and who was born in Marquetalia in 1962. He had not returned to these lands since he left with his family in 1964. Martin was one of the organizers of this first trip and is part of the FARC party. 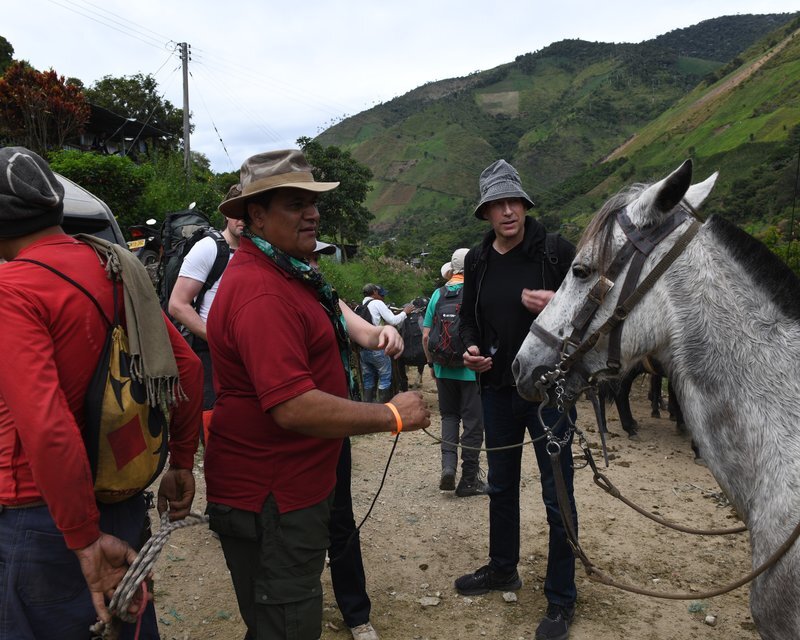 Martín Cruz, known during the FARC-EP era as Rubín Morro, was born in Marquetalia in 1962, the son of one of the founders of the guerrilla group and is now a member of the FARC party.

"We have already left the war, the war of killing each other between peasants, soldiers, police, the guerrillas. We are all sons of the Colombian people. I admire the effort of all of you to come to these faraway places," said Miguel Angel Pascuas, also known as "Sergeant Pascuas," one of the three living founders of the FARC-EP, who also participated in the journey along with other leaders such as Victoria Sandino, a congresswoman from the political FARC party. 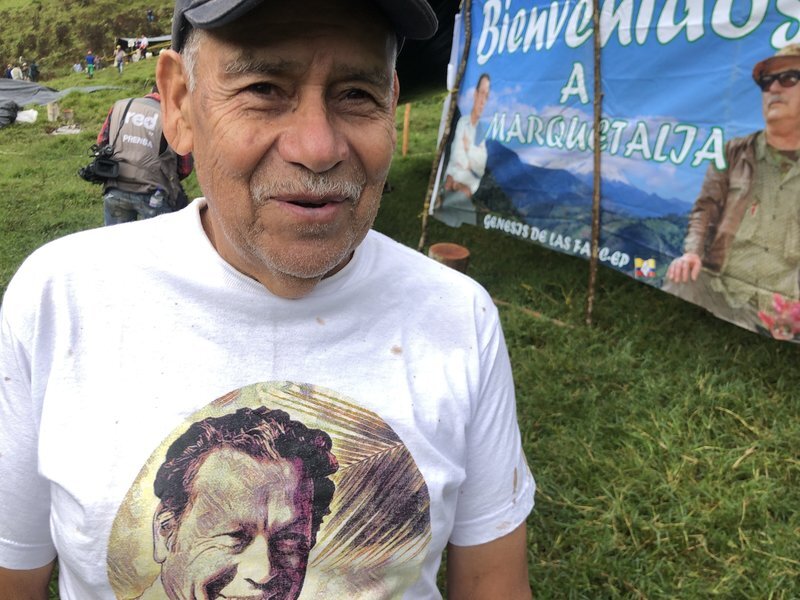 Miguel Ángel Pascuas, also known as “Sergeant Pascuas”, one of the three remaining living founders of the former FARC-EP guerrilla.

In addition to the international adventurers, the Marquetalia Route had the support of about twenty former FARC-EP combatants, officials of the Agency for Reintegration and Normalization (ARN), and the UN Verification Mission in Colombia, as well as the Mayor of Planadas and the Nasa'Wesx indigenous reservation. The national police and the army were also present and securing the surrounding area.

"We have been supporting this project since its inception. We were the ones who put the main organizer of this event, in contact with the members of the FARC who in turn had a productive project in tourism that they had been developing. Therefore, we thought it was a golden opportunity for this tourism project to give it a concrete and practical content", says Enrique Sanchez Airas, Head of the Tolima-Bogotá Regional Office of the UN Verification Mission in Colombia.

For local communities, especially for those who inhabit the former Territorial Area for Training and Reintegration (TATR) of El Oso, in the district of Gaitania in the municipality of Planadas, in the southern department of Tolima, it was also an exciting activity.

"We lived a very cosy experience, and for them, it is a very nice experience that they take back to their country," says Maribel Cardozo Capera, a former combatant inhabitant of the TATR El Oso, and guide in the Marquetalia Route. 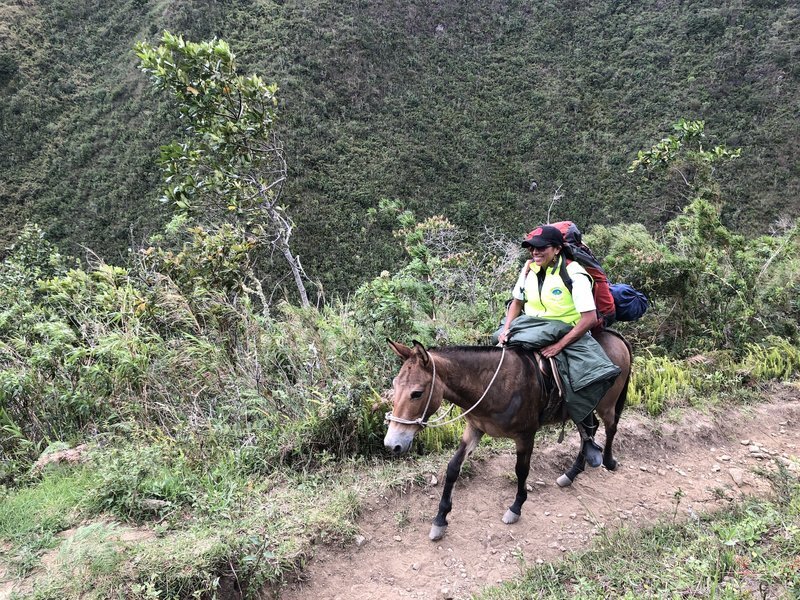 Another organizer, Jack Goldstein, evaluates this first excursion as a "historic achievement" and "a historic opportunity" for these places that were off the radar of tour operators.

"I hope that this opportunity to do these tours, here in Marquetalia, continues. It is amazing to hear how the war was lived, to hear the voice of the indigenous people and the ancient guerrillas. I hope that this will grow as another form of tourism," says Lili Chavarría, one of the adventurers originally from Lima, Peru, and who now lives in the United States.

After this first experience, the former combatants are already thinking about future tourist plans to offer to the international and national public, reaffirming their commitment to peace that they signed more than three years ago. 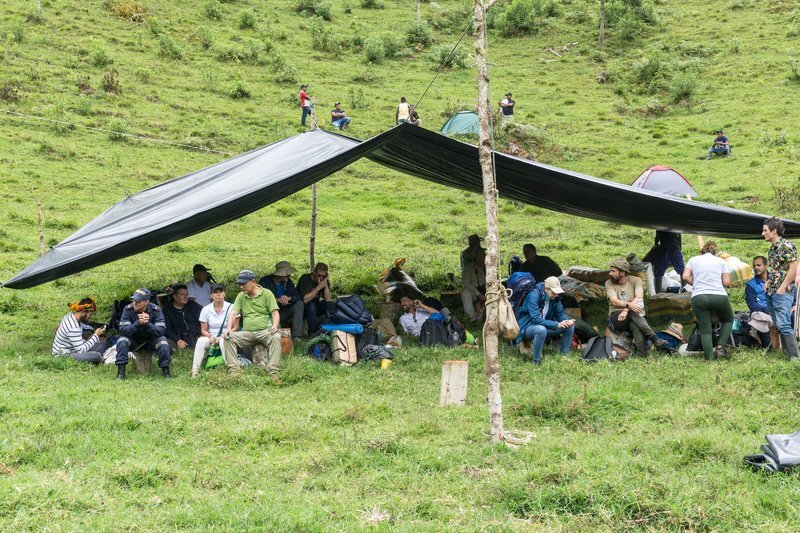