“We have all the will to continue building peace”

“We have all the will to continue building peace”

Adinael Ascanio, spoke of his time in the guerrillas of the ELN and Farc-EP. Also, when he was in the military service and how now is transforming his life, working on a farm in the department of Cesar.

"When I was 11 years old, the ELN guerrillas would pass my father’s farm at least once a month. He lived in the village of Ábrego, Norte de Santander. I was born there and I loved to be at the farm so I could run into the Guerilla. I liked their ideas. Sometimes I would hang out with them and then come home – my father never found out. I became good friends with them, and them with me. During one of those trips to the farm I stayed and never came back. I was in the ELN for six years.

I left the ELN because I was shot twice in my right leg. (He takes off his rubber boot and shows me the scars left by the bullets.) It was during fighting in Arenal, Bolivar. I was wounded and had to leave for nine months to recover. I left for the closest village, travelled and ended up in Bucaramanga. I had already turned 18 years old, my leg had healed when I was stopped at a militar checkpoint and they took me to complete my military service. So, I entered the Army which was fine by me, as I have always been a friend of discipline. I didn’t have any problems. 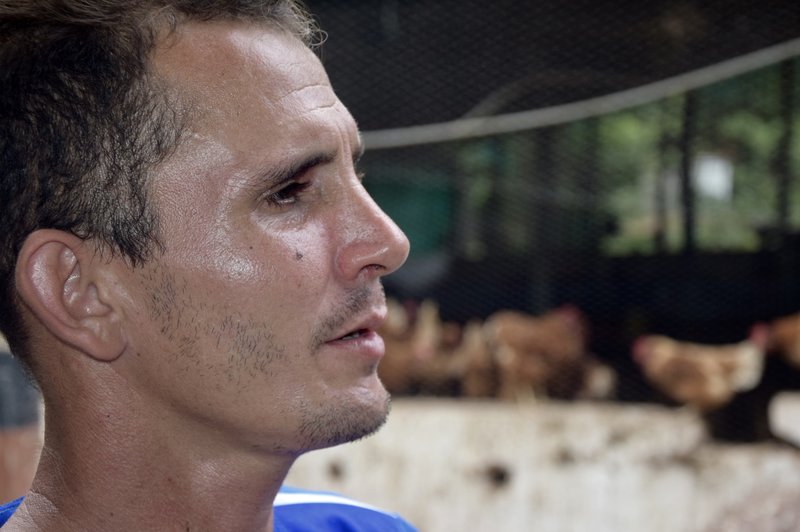 When I left the military, I came to Cesar and worked as a truck driver across the Perija mountain range. That was at the height of the era of the paramilitaries and they were suspicious of anyone driving into the mountains. “If you come around here you must be a friend of the guerilla,” they said. They killed a few drivers and I was sure they would kill me too, so that is why I decided to join the FARC guerillas. One day I went and introduced myself and was welcomed by the 41th front of the FARC. I have been with them for the last thirteen years of my life, until the 31 of December last year when we arrived in Tierra Grata to the Territorial Area for Training and Reintegration (TATR) of San Jose de Oriente, La Paz in the department of Cesar. That is the day we began our reintegration process. 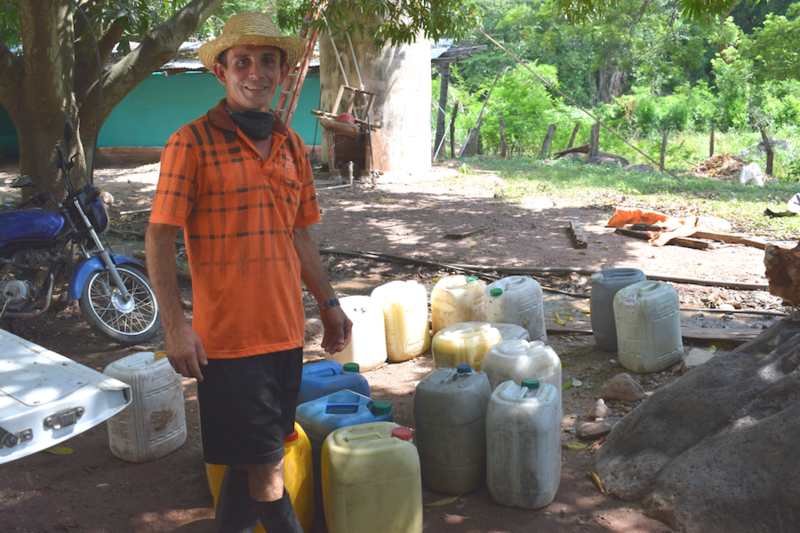 I never married and have no children, but I do have sisters with whom I was reunited when we started the laying down of weapons process. I called them. They thought I had died. It was a lovely reunion.

We were given debit cards as part of the reintegration process and the Government allocated two million of pesos (US 700) for each one of us as part of the peace agreement. Six of us decided to pool our money and start a project.

We started with a thousand chickens, now we have 2000 and we produce 1600 eggs a day. We don’t make much profit, because the land we use is rented but we are working hard from Sunday to Sunday. We sell all we produce to shops and supermarkets in La Paz and Manaure and thanks to the support of the UN Verification Mission we are in the process to enter into a partnership with WFP for their school feeding programme. On our farm we have now also got pigs and goats. We have put our faith and hope in our farm which we named Villa Rodri. 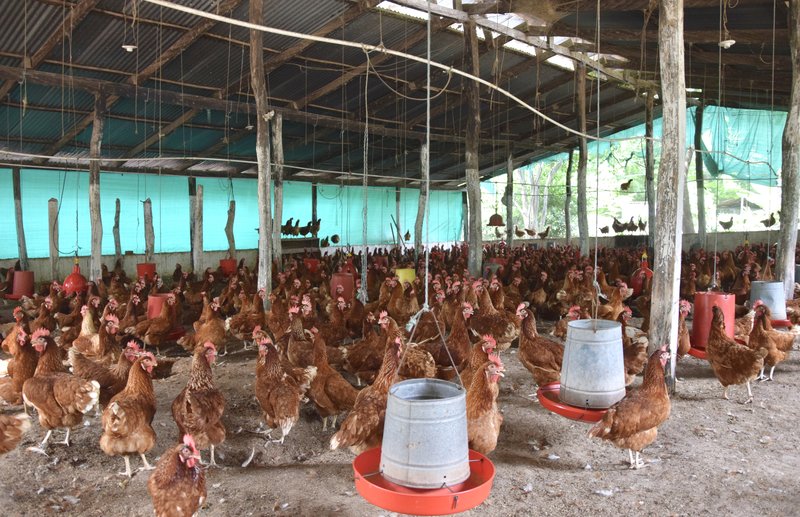 For us, not only me but for all the former combatants, I can say that we have all the will in the world to continue building peace. Many people are critical and say “that is a lie, they didn’t disarm. They are lying to the country”, but here we are working, without weapons and with the will to continue. We work hard, because we believe in this process. We are tired of war.

I think it is easier to reconcile with those we faced in this war. Imagine what is happening here: we have friends among the soldiers and police, we play football with them. We are no longer enemies.

We hope things go well with the farm, we want to get a piece of land and we hope we won’t be killed. We don’t want a repetition of the UP (UP Political party), we don’t want more deaths by any group or gang. We have hope that this time the process will be different.

Adinael Ascanio, ex-combatant of the 41st front of the Farc who is doing his reintegration process at the TATR in La Paz, Cesar.

The UN Verification Mission in Colombia verifies two of the essential sections of the Peace Agreement between the Government of Colombia and the FARC: section 3.2. Reintegration of the FARC-EP to civil life - economically, socially and politically; and section 3.4. Security Guaranties for FARC ex combatants their families and the communities that have suffered most from the conflict.

Stéphane Dujarric, Spokesman for the Secretary-General

The famous Colombian cartoonist Julio Cesar Gonzalez Quiceno, known as Matador, presented 27 cartoons and an interactive video for children. The objective was to educate the community on the Colombian Peace Agreement within the International Day of Peace framework.