The municipality of El Tarra is located 185 kilometres from Cúcuta and is part of the Catatumbo sub-region.  It is home to more than 100 people in the reintegration process. Its productive projects stand out for their cooperative work and articulation with the local institutions.

Due to the work of social leaders and local authorities, a project has become a reality that will make it possible to launch the initiatives of the Catatumbo ex-combatants. The first Peace Office attached to the Mayor's Office of the municipality that will be led by a former combatant. This promises to be a pioneering figure for the reintegration processes in the country when coordinated with the territorial entities. 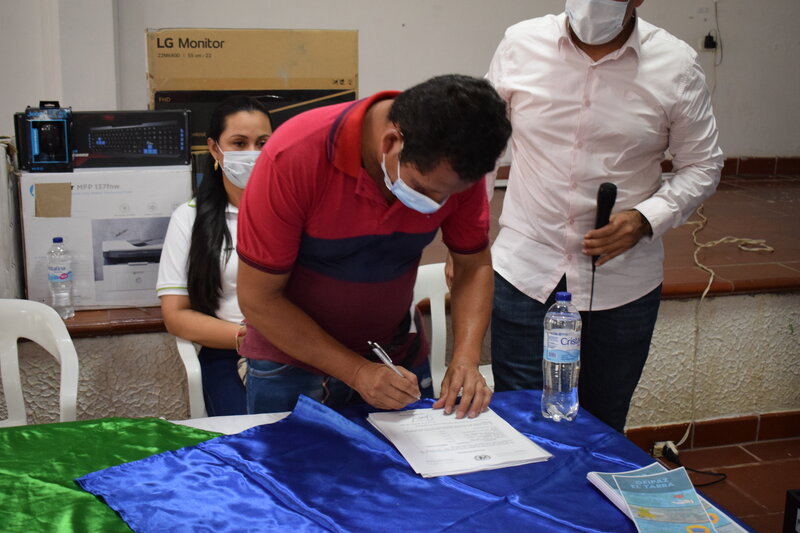 Eliecer Cardoza is a former combatant who is working from OFI-PAZ. Photo by: Diego Morales/UNVMC

Among the various objectives, the Catatumbo peace office called OFI-PAZ, seeks to work in the representation of people in the reintegration process, will try to maintain the cohesion of the community of former combatants in the area, and will socialize programs on peacebuilding.

Although the office is equipped with a physical space with the necessary elements, the meaning of a former combatant being the head of the project is an expression of reconciliation from civil society. Eliecer Cardoza is the person former combatant who is working from OFI-PAZ and does not hide his emotion when describing what this fact means for the Catatumbo region: “this is the office of my dreams. It is an achievement in this peace process. This is very gratifying. The work will be coordinated with the municipal administration, and we will all join forces to move forward."

This is the office of my dreams. It is an achievement in this peace process. This is very gratifying". 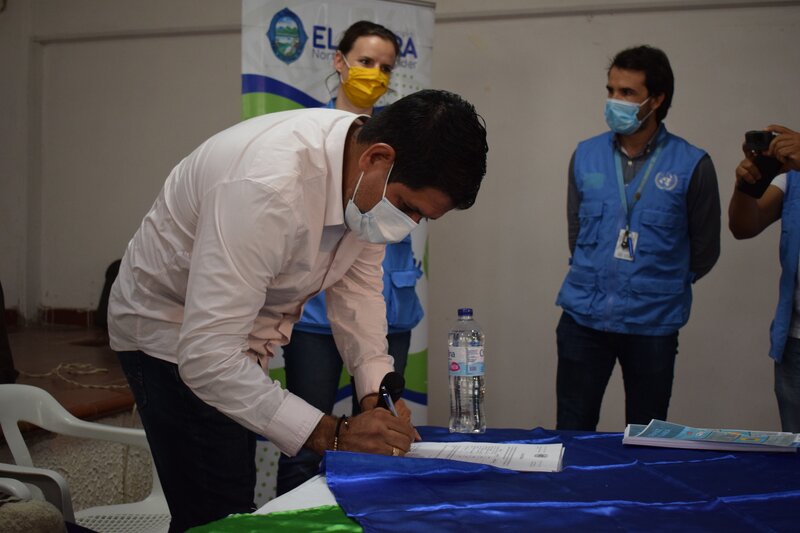 The Mayor of El Tarra, Norte de Santander, Jair Díaz, has expressed his gratitude for the trust-building process in the region to work for peace. "This is the result of a process of articulation with the different actors and the international community, but the most important thing is the trust that the population in reincorporation and the Mayor's Office have placed in us. Today we now have this space, which the municipality needs." 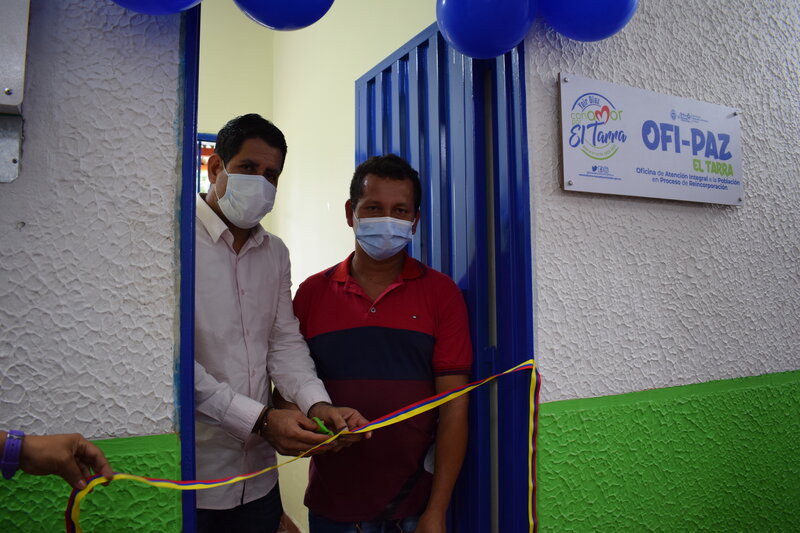 Currently, OFI-PAZ has already begun to produce positive effects as it has won a call from the French embassy to implement social programs for peacebuilding based on culture and sports. 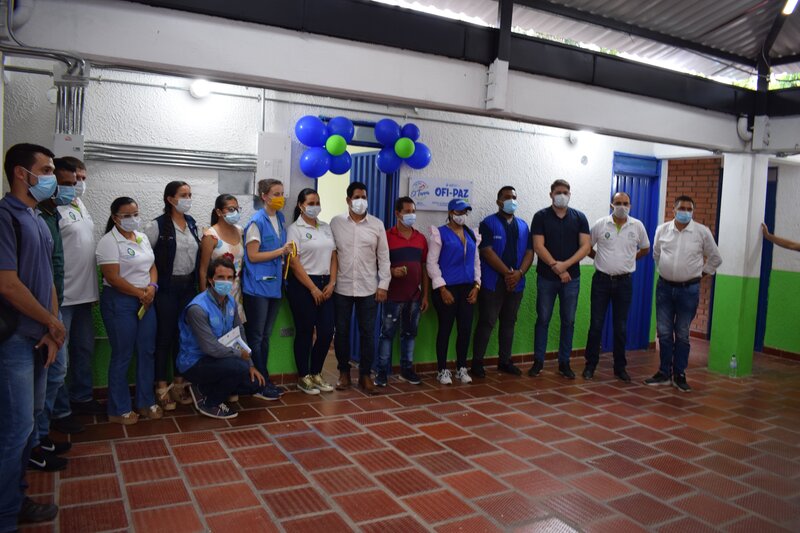