Fish farming, a reconciliation project that grows between Chocó and Risaralda departments.

Fish farming, a reconciliation project that grows between Chocó and Risaralda departments.

Women and men former FARC combatants lead a fish farming project that will benefit 35 families and surrounding communities of the NRP in Santa Cecilia, Risaralda.

Between the border of Chocó and Risaralda there is a place that opened its doors to reconciliation; a mountainous paradise, with green valleys and natural water sources where 35 families of FARC ex-combatants live together.

It is the New Regrouping Point (NRP) of Santa Cecilia, Risaralda. Few years ago, this area had the presence of the extinct FARC-EP guerrilla and today it has become the heart of social and economic reintegration of women and men full of ideas.

This is how the fish farming project led by ex-combatants and their families begun. With the support of the Agency for Reincorporation and Normalization, the Office of the High Commissioner for Peace, United Nations Development Programme - UNDP, the UN Verification Mission in Colombia and The National Training Service - SENA, this project has economic potential for the region and already has the support of the communities near the New Regrouping Point. 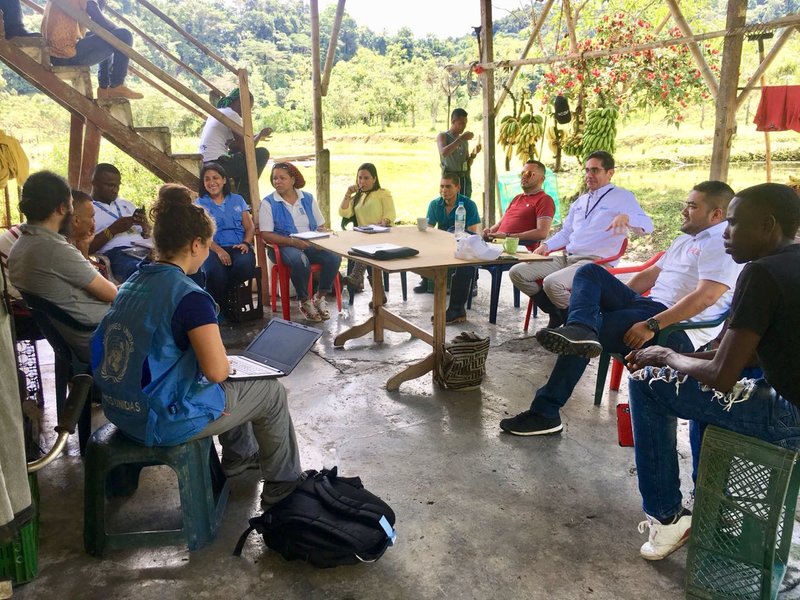 As in Santa Cecilia, other areas that plan to develop fish farming as a reintegration project are the NRP of La Troje in Quibdó and the Territorial Area for Training and Reintegration -TATR of Brisas / La Florida at the rural area of the municipality of Riosucio, Chocó.

Yenny Flórez is one of the people in charge of the project; she spends part of her time working towards raising awareness among their colleagues on the importance of reconciling with society. "They have opened the doors of this place to us, they have forgiven us, and now we want to work together to achieve reconciliation," said Flórez.

Five of her colleagues supervise the fishponds. "It is a large farm, with large ponds that were abandoned but we are already reactivating them." The group has three agricultural technicians trained by FundaPanaca and the other have received training in cooperatives with The National Training Service - SENA. "We are already farming cachamas, mojarras and tilapias fish, which we hope to sell very soon, people are very excited; the best thing about the project is the hope Santa Cecilia community is giving us, we are all motivated to take fish farming forward." 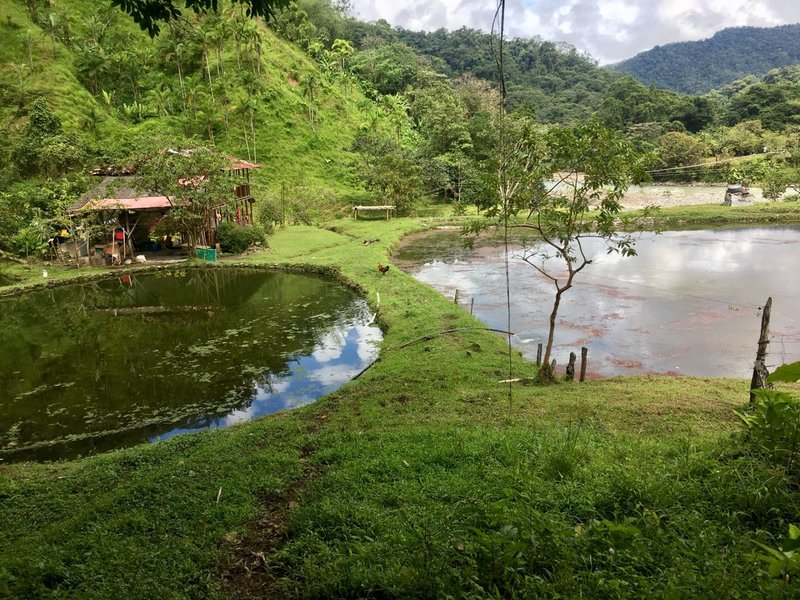 In the future, Flórez says they would like to build their houses in the area – which would not only give them economic and emotional stability, but would attract other ex-combatants to join this New Regrouping Point and to develop productive projects that would allow them to heal the wounds of the war. "We also think about planting cocoa; the weather conditions of Santa Cecilia are ideal for agriculture. Being here is a great opportunity to take forward the implementation of the Peace Agreement, we hope that the Government will continue supporting us as it has done so far."