On January 29 and 30, the “Knowledge-sharing dialogue for women in politics” was held in Bogotá. The event was a joint initiative between the UN Verification Mission in Colombia, the Electoral Observation Mission (MOE) and the Netherlands  Institute for Multiparty Democracy in Colombia (NIMD), in coordination with FARC’s Gender Committee and with support from the Konrad Adenauer Stiftung. Its purpose was to gather women former candidates from different political parties from all over the country that participated in the last local elections in October 2019 to share experiences and challenges they faced during their political campaigns. The event gathered over 35 women, former candidates, including women former combatants of FARC-EP, who have initiated their political reintegration process. This allowed not only to carry out an assessment exercise on their experiences during the elections with a focus on political reintegration but also to generate a dialogue and understanding between the diversity of experiences of women in politics.

During the initial participatory assessment, women shared around their political participation, challenges and opportunities. They highlighted common challenges for the fact of being women in politics, the main ones being found in their own parties, such as difficulties in obtaining their endorsement, lack of internal support, especially regarding administrative tasks, lack of financial support, amongst others.  Women of FARC shared additional challenges related to double stigmatization for their role in the guerrilla, nevertheless, they expressed that they found support from women´s local groups in many instances for which their political campaign also reflected women´s issues and women´s rights. 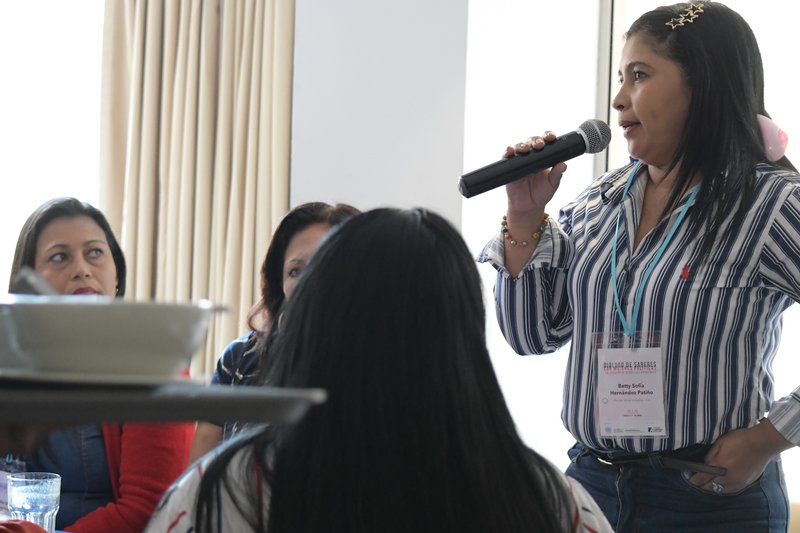 The second day of the event focused on providing the participants with tools to help them strengthen and continue their participation and political leadership beyond their role as candidates, such as the development of the local development plans associated to the Peace Agreement. Additionally, they had a session to discuss gender-based political violence and practical tools to address resistance and enhance their leadership in local political processes.

Considering the event had participation from a diverse group of women from different political parties, including conservative parties and those more liberal, and the participation of women from FARC, the event allowed for women former combatants to share their own experiences but also learned from each other and motivate each other to continue their political leadership.

At the culmination of the event, the participants expressed their satisfaction with the proposed activities. “I loved this event (…) because I felt supported, I felt that I was not alone in this, that there are more women in politics like me that want to raise their voice and be heard”, said one of the former candidates. On the other hand, a FARC former candidate reaffirmed her interest to continue participating in politics: “For us FARC women, participation in politics is very important since crucial decisions are made at the local, regional and national levels (…) carrying out this first exercise reflects our capacities and our commitment to the people and the peace agreement”.